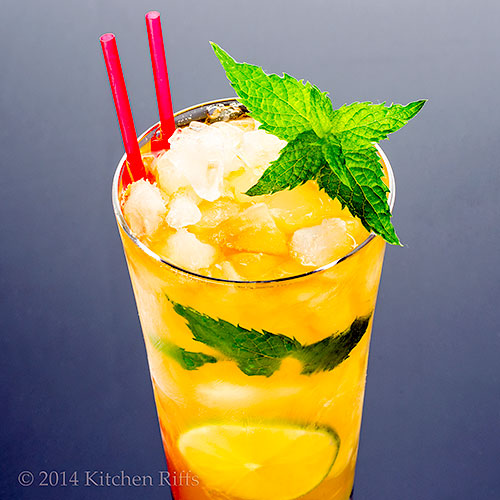 Beat the heat with this tropical cooler

With hot summer days arriving in our part of the US, it’s time to dream of escaping to the shore or the mountains. Or at least the pool.

If you’re one of the lucky escapees, there’s no better way to spend a long afternoon than sipping a tall cool one. Like a Queen’s Park Swizzle Cocktail—a rum and mint delight named after an elegant hotel in Port of Spain, Trinidad.

And if you’re not lucky enough to get away? Well, mix up one of these babies and treat yourself to a mini-vacation right at home. No airfare required. 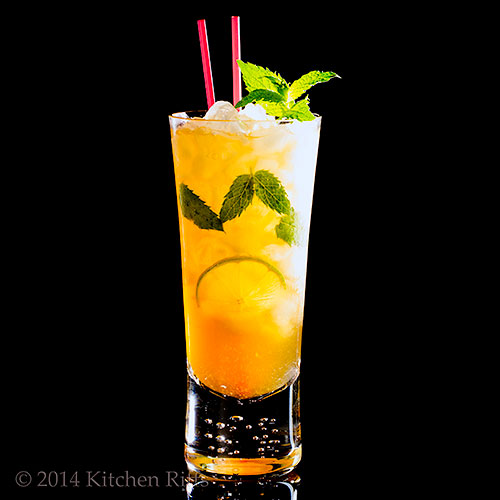 OK, let me say upfront that a “swizzle” and a “cocktail” are actually two different forms of alcoholic mixed drinks. So technically, it’s a bit odd (or at least redundant) to call a swizzle a cocktail. But most people today use the word “cocktail” for any mixed drink, and few know the difference between a swizzle and a cocktail (see Notes for the distinction).

So I’m just going to go with the flow on nomenclature. Besides, I’m in good company—drinks authority Robert Hess calls it a cocktail too.

The flavor of rum stars in this drink, so you really want to use an aged amber rum of good quality. Originally this drink was made with Demerara rum from Guyana, and that’s what I recommend. See Notes for more info.

Be aware: This is a hefty drink (it contains 3 ounces of booze) and is meant to be sipped over a long period of time. If this is too much alcohol for you, feel free to reduce the amount of rum (and other ingredients). 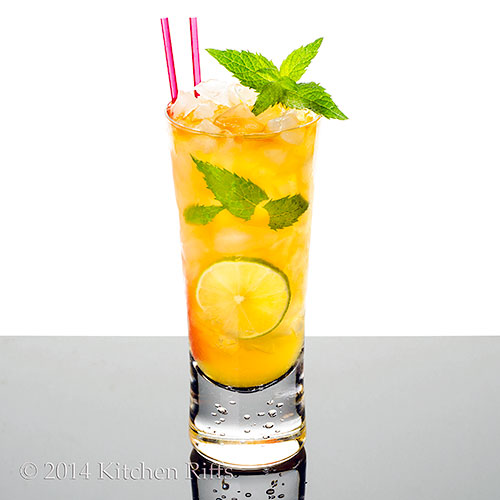 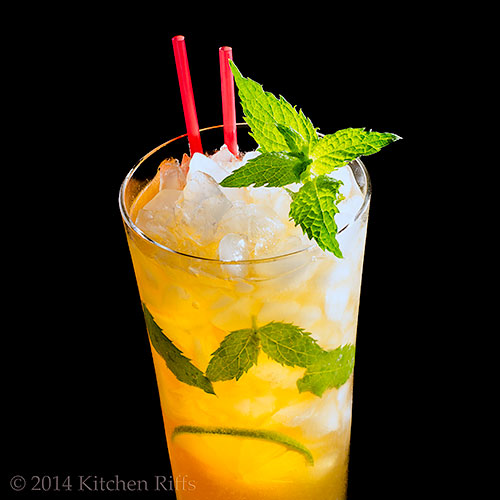 “No,” I said. “Trinidad produces some nice rums, but they don’t work in this drink.”

“Though the drink is named after a hotel in Trinidad?”

“Yes,” I said. “And by the way, if you want true authenticity, you’d mix the drink with simple syrup made from Demerera sugar.”

“Yeah,” I said. “Though sugar sold as Demerara is not necessarily from Guyana, despite the name.”

“Well, the mint reminds me of somewhere closer to home,” said Mrs K R. “Makes the drink seem like a Mint Julep.”

“True, though technically juleps are their own class of mixed drinks,” I said. “Juleps are always a shorter drink—less voluminous.”

“Right, except with a julep, you always muddle the mint—that is, crush it,” I said. “Whereas with this drink you, well, swizzle it.”

“Yeah, cocktails can get a little technical,” I said.

“All this high-level mixology,” sighed Mrs K R. “It could really drive you to drink.”