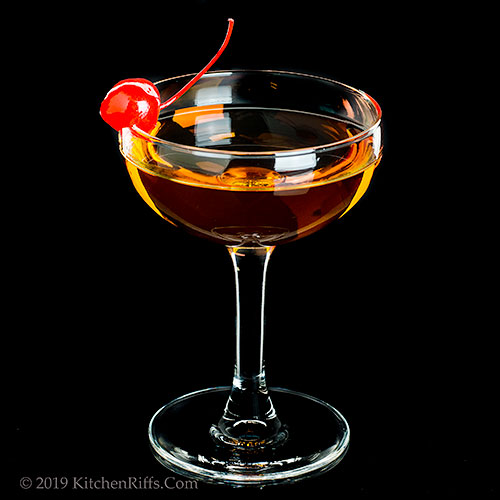 Complex yet smooth, this 19th century charmer is spookily good

Which is the idea, of course. Won’t you step into our lair? 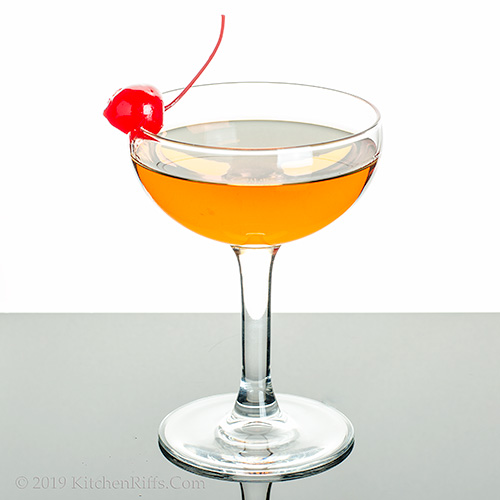 This cocktail requires some ingredients (calvados and yellow Chartreuse in particular) that many people don’t stock in their home bars. If you don’t want to invest the money to buy those ingredients before you taste the drink, we suggest ordering this cocktail next time you’re at a place that features craft cocktails. If the bartenders don’t know how to make it (and they may not – this drink has fallen out of favor, alas), just give them this recipe. 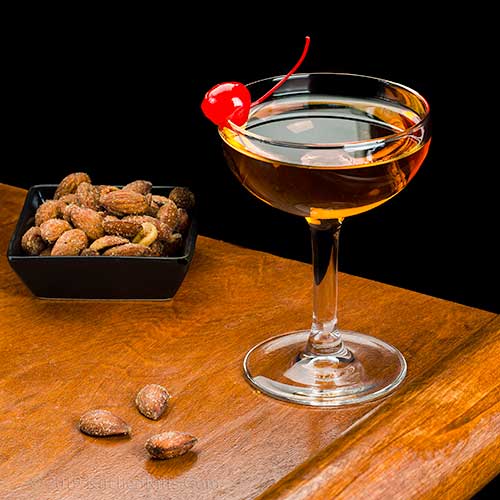 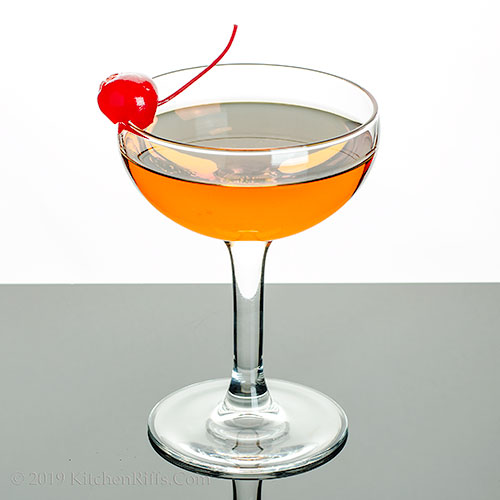 A Kiss is Just a Kiss

“Never out of date,” I said. “Though sadly off menus at gin joints these days.”

“The world will always welcome cocktails,” said Mrs K R. “Especially ones as good as this.”

“You must remember this,” said Mrs K R. “We’ll be needing another round.”

On that you can rely.