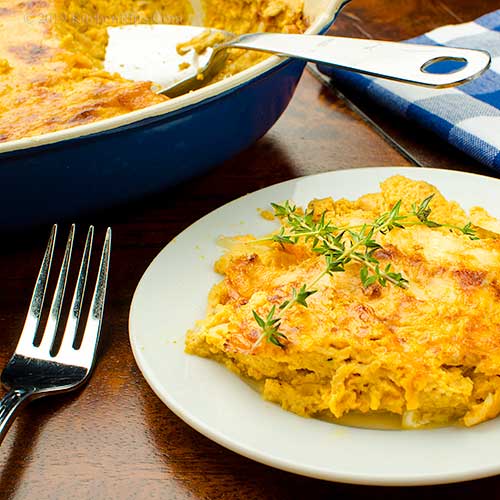 This creamy, cheesy dish is like savory pumpkin pie

Can’t get enough pumpkin this time of year? Neither can we. Especially when it’s mixed with cream and gruyère in a savory side dish.

So remember: This pumpkin gratin would love an invitation to your next dinner party. Maybe as a plus one for ham or beef roast.

Or even turkey. We hear you may be serving that in a few weeks. 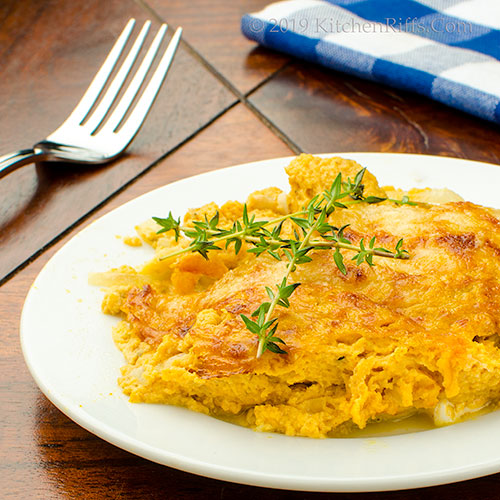 This gratin is similar to both a casserole and a custard. It’s browned on top and served in the shallow dish it was baked in. Our dish is adapted from a Jacques Pépin recipe (see Notes).

If you baked this gratin in a pie or tart dish with a crust, you could call it quiche. Using sweet instead of savory ingredients would turn it into pumpkin pie.

Prep time for this dish is about 15 minutes (including sautéing the onions). Baking time adds 30 to 40 minutes.

This recipe yields about 8 side-dish servings. Leftovers keep for a few days if refrigerated in an airtight container. 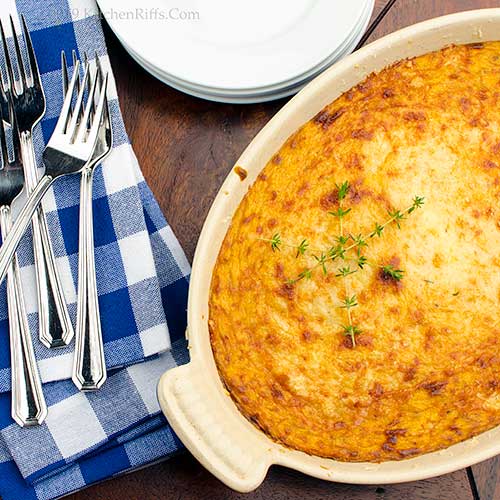 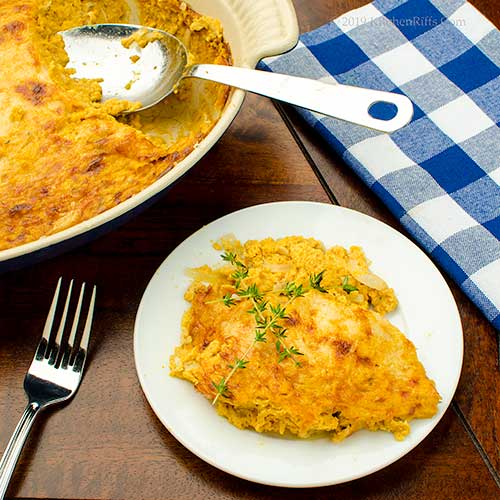 “This is a quichin’ cousin of pumpkin pie,” I said.

“This dish is definitely what I’d call the Big Cheese,” I said.

“So glad you added the Parmigiano-Reggiano,” said Mrs K R.

Well, I always keep some on hand. In queso emergency.