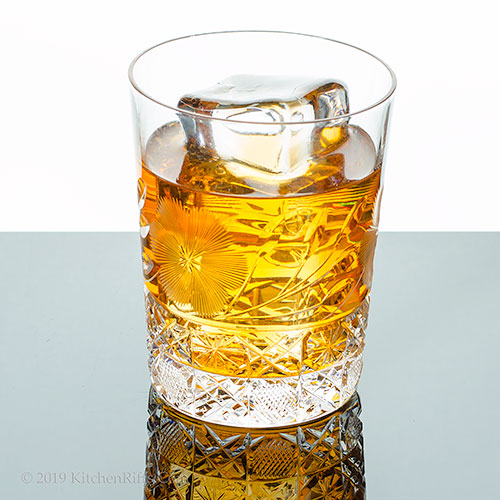 We love summer! Here at Kitchen Riffs, it signals the start of our annual Summer Sippin’ and Snarfin’ Series (more about that in the Notes).

We’re kicking off this season with the Improved Holland Gin Cocktail (sometimes called the Improved Gin Cocktail). What’s improved about it? The inclusion of orange curaçao, which adds just a hint of sweetness.

So kick back and get ready to sip your way through summer. Proost! 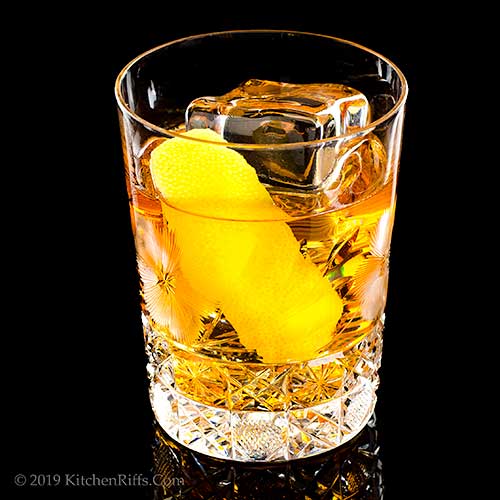 Back in the early days of American mixology, most bartenders made pretty simple drinks. Their most common method was to muddle a sugar cube with a bit of water, add a shot of booze, then a couple dashes of bitters. Mix it all together, add a lump of ice, and there’s your drink.

The booze of choice was usually whiskey, brandy, rum, or gin. The gin they used then tended to be Holland gin, not the London-style dry gin that we know today. Holland (genever) gin usually is flavored with juniper (like London gin) but has a malty quality (a bit like Scotch whisky, although the flavor profile is quite different). We discussed Holland Gin last month is our post on the Turf Cocktail.

Toward the end of the 19th century, the cocktail world began to change. The variety of drinks expanded rapidly. Their ingredients also became more varied and complex, so they began to resemble the cocktails we enjoy today.

The Improved Holland Gin Cocktail was part of this “newer” wave of drinks. We can date it back to 1876, when Jerry Thomas published an updated recipe for it in his Bartenders Guide (with an appendix that featured “improved” versions of several popular cocktails). Thomas started a craze for creative cocktails that continues to this day.

Most bartenders serve the Improved Holland Gin Cocktail “up” in a cocktail glass. But we prefer it on the rocks, so that’s how we’re presenting it. 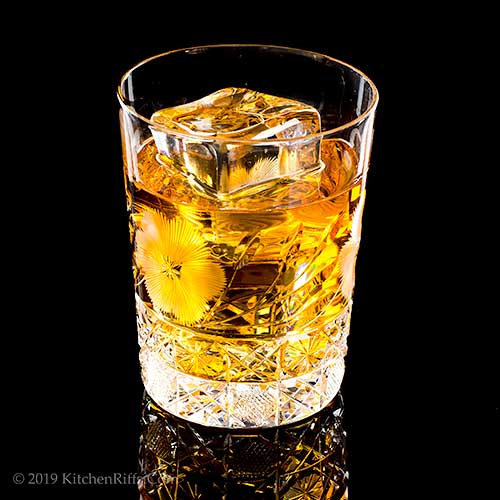 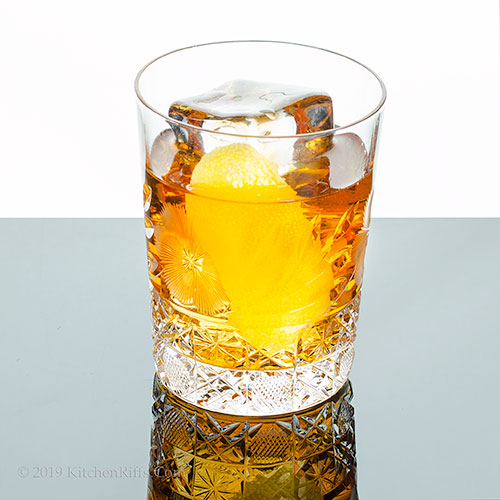 “Of all the gin joints in all the towns in the world, you have to walk into mine,” said Mrs. Kitchen Riffs, admiring her drink. “Not that I’m complaining.”

“This looks like the beginning of a beautiful friendship,” I said.

“I’m shocked that there is drinking in this establishment,” said Mrs K R. “Shall we have another?”

“I’ll round up the usual suspect ingredients,” I said. “Have to get this sippin’ series off to a sizzling start.”

“Summer is too short,” said Mrs K R. “But after one of these, our little problems don’t amount to a hill of beans in this crazy world.”

True. And besides, we’ll always have Holland.