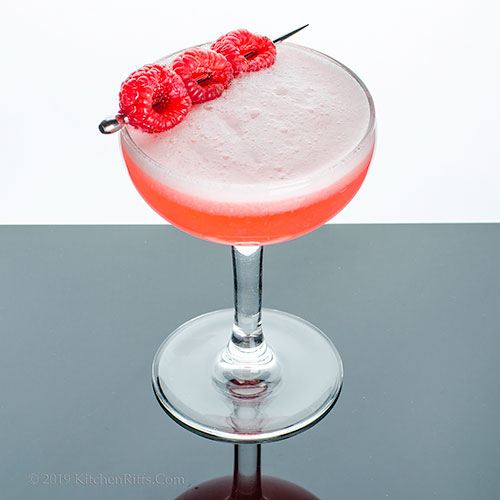 Ah, wedding season. Time to dress fancy and act grown up. But Uncle Roy will be there, and he drives you to drink. What to do?

You’ll be drinking pretty with a smile on your face. Even Aunt Edith can’t complain about that. 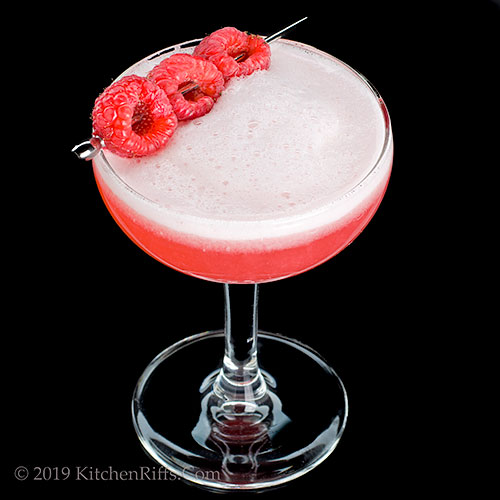 The Clover Club Cocktail recipe we prefer comes from Julie Reiner, who serves it at her (appropriately named) Clover Club Bar in Brooklyn, New York. She adds a bit of dry vermouth to the mix, which we think is genius. It makes for a smoother drink with more depth of flavor.

Reiner’s version is an improvement on the traditional Clover Club recipe, which we discuss in the Notes. 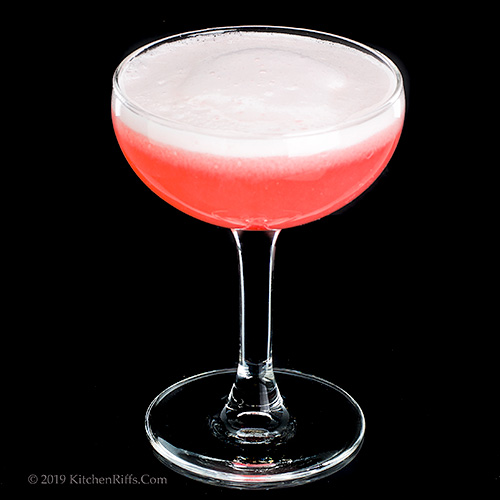 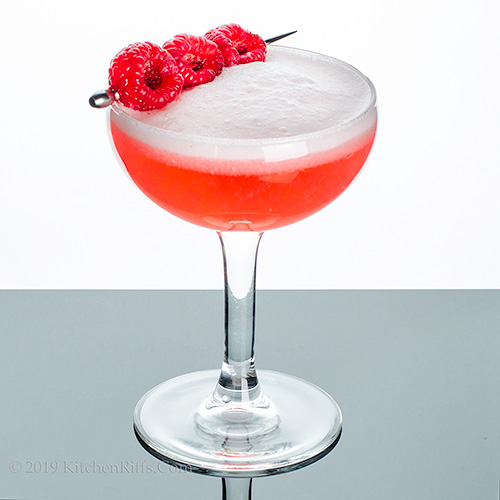 “No wonder bees love clover,” said Mrs. Kitchen Riffs. “This has me buzzing.”

“Glad I gave you the raspberry?” I said.

“Don’t make me use my stinger,” said Mrs K R. “You’re lucky this drink has me feeling rosy.”

“No pink slip for you today, barkeep,” said Mrs K R. “Especially if you mix me another.”

“I’m making a beeline for the bottles now,” I said.

“It will fill me with honeyed words,” said Mrs K R. “And dreams of lazy summer days.”

Me too. We’re just Riffs in clover.