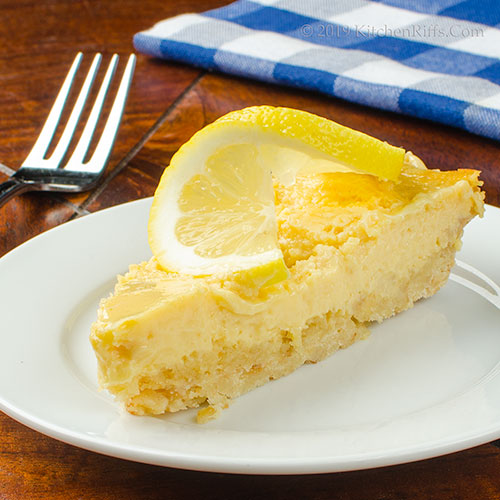 Tart lemons and saltines combine in this outstanding summer dessert

It’s a lot like Key Lime Pie. But the salty factor takes this dish on a seaside holiday.

Serve Atlantic Beach Pie at your next dinner party – and dream of strolling on the sand. Swimsuits optional. 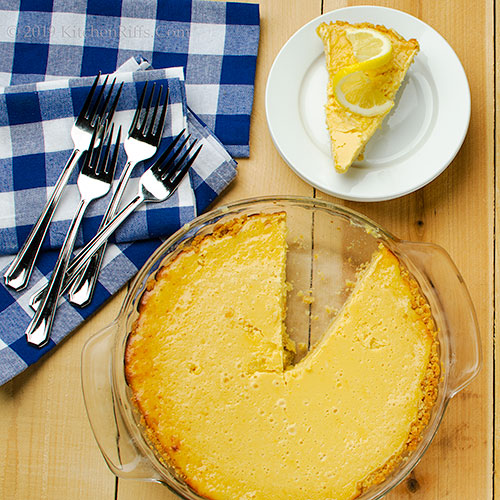 We learned about Atlantic Beach Pie from the New York Times. Mrs. Kitchen Riffs, the dessert maven in our household, adapted this dish from their recipe.

Prep time for this recipe is about 20 minutes. Total time, including baking, is about an hour.

This pie is best when served cold. So allow it to chill in the refrigerator for a couple of hours (or longer) before serving. 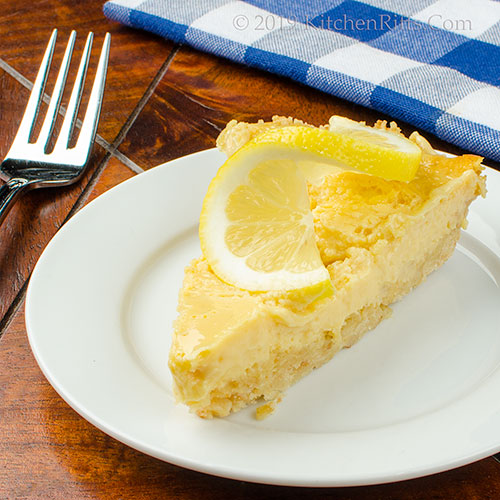 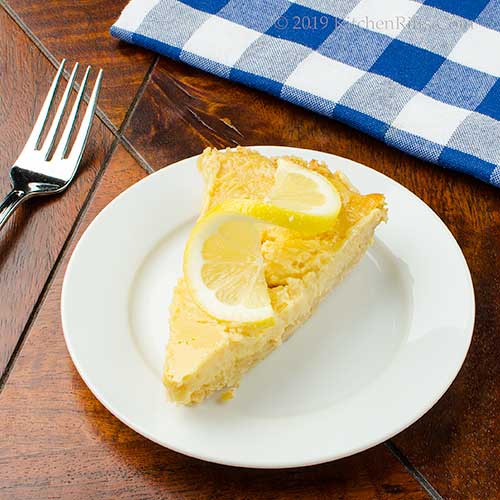 “Well, lemons are my favorite squeeze,” said Mrs Kitchen Riffs. “After you, of course.”

“I’ll happily pucker up to you,” I said. “And this crust is definitely worth its salt.”

“This is a pretty small piece, though,” I said. “I wouldn’t be a sour puss if you offered me another.”

No worries. A rising tide lifts all Riffs.