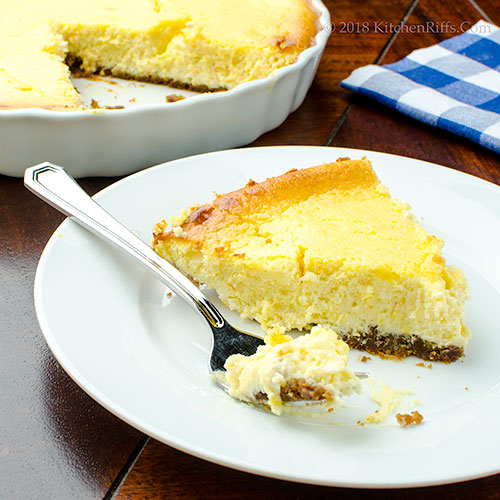 Traditional for Easter, you can skip the crust for a gluten-free sweet

Should we call this a pie, a tart, or a custard? It has elements of all three.

Ricotta pie is an Italian favorite, especially at Easter time. With the addition of cream cheese, it becomes something halfway between pie and cheesecake. So we guess you could call this cheesecake, too.

But what’s in a name? We just call it delicious 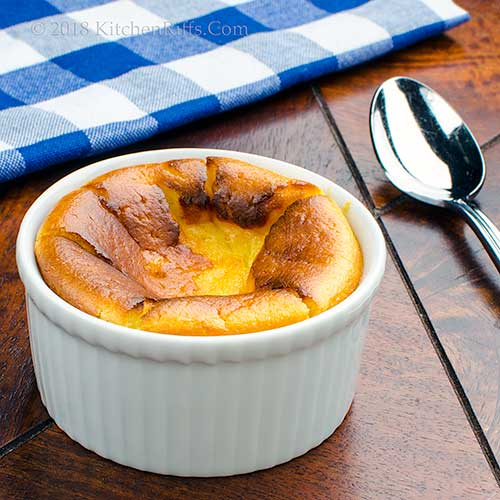 This recipe isn’t as sweet as most cheesecakes, but it’s plenty satisfying. You can make this dish in a traditional pie plate or in individual ramekins without a crust. We like it both ways, but we think it’s actually better without the crust (which makes it more like a custard, but whatever). So, although the recipe includes a crust, feel free to omit it.

We think a ginger-snap crust works particularly well, but you could substitute regular pie dough or a graham-cracker crust if you prefer. Or see Notes for ideas on making a gluten-free crust.

Mrs. Kitchen Riffs is the dessert maven in our household, and this is her creation. It’s adapted (loosely) from a King Arthur Flour recipe.

Prep time for this dish is about 20 minutes. Baking time adds 45 to 50 minutes. Allow the pie to cool for at least an hour, preferably two, before serving. 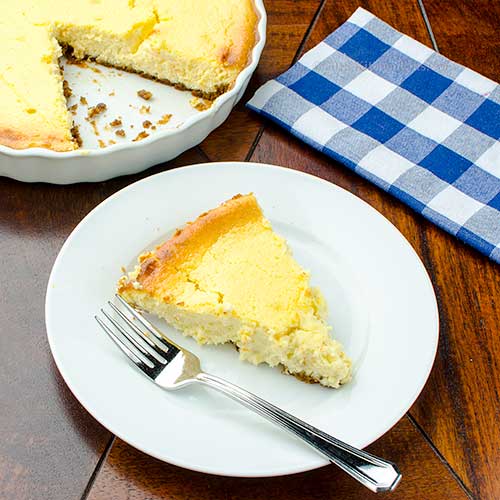 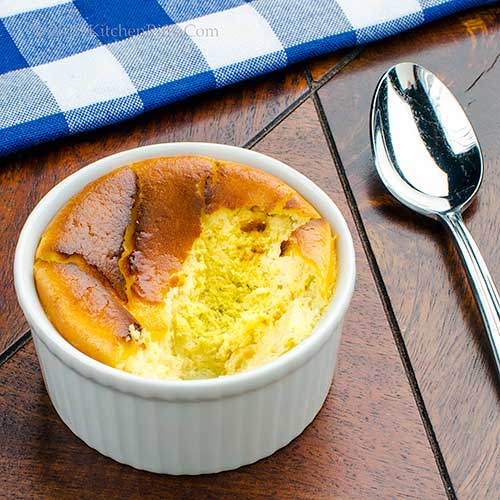 “Fantastic dish,” I said. “You know how much I like cheesecake, but this pie is even better. It takes the cake.”

“Glad you like it,” said Mrs. Kitchen Riffs. “And the recipe is easy as pie. A real cakewalk.”

“Can’t decide whether I like it better with or without the crust,” I said. “We should do a bake-off so we can compare both at the same time.”

“You’re in luck, pie boy,” said Mrs K R. “I had some batter left over after I filled the pie plate – just enough to fill one ramekin. I baked it with the pie, and it’s got your name on it.”