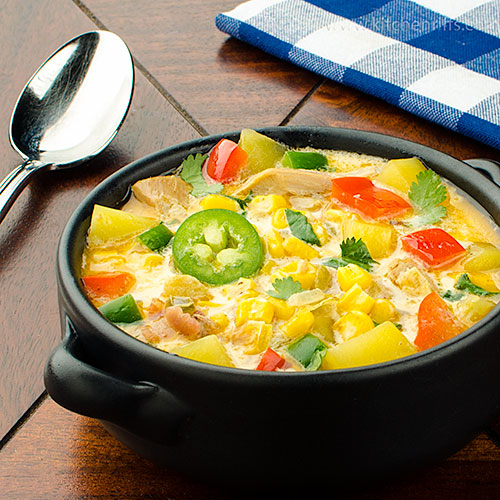 A quick and delicious way to use leftover cooked poultry

Have leftover cooked chicken or turkey? Need a warming, comforting dish to chase away the chill? Try this chowder. It’s a spicy mix of ingredients that you may already have on hand. Perfect pantry cooking!

Best thing about this dish is it’s ready in under an hour, start to finish. And you can freeze leftovers, so you’ll have another meal ready to go in minutes. 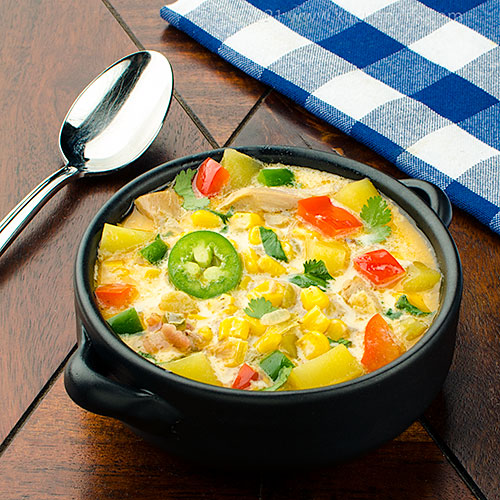 Say “chowder,” and we often think seafood (especially clams or fish). But “chowder” is really just a generic name for a hearty stew – typically one that is cream- or milk-based, usually thickened with potatoes.

We call our recipe southwest-style chowder because we use ingredients often associated with that section of the US: In this case, two types of green chile peppers, plus dried chile powder, cumin, and garlic.

If you don’t have leftover cooked chicken or turkey on hand, you can substitute supermarket rotisserie chicken. Just cut up as much as you need for this dish, then reserve the rest for another use. The measurements and ingredient list for this recipe are flexible – so substitute at will.

Prep time for this recipe is about 20 minutes. Cooking time adds another 30 minutes or so, much of it unattended.

Leftovers keep for a few days if refrigerated in an airtight container (or for 2 to 3 months in the freezer). 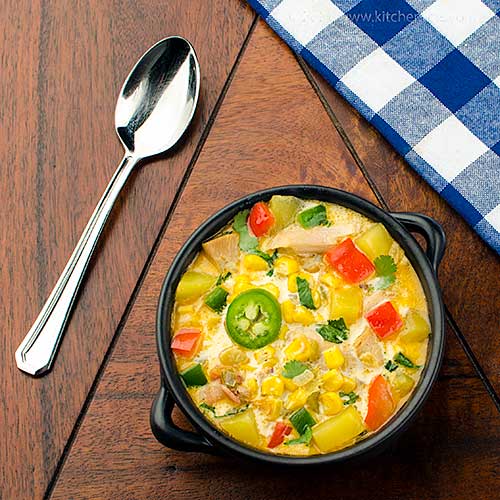 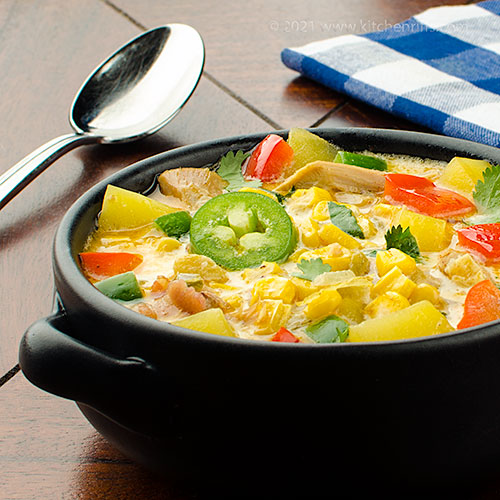 “So chowder-ed you come up with this recipe?” said Mrs K R.

“It just came naturally to a souper hero like me,” I said.

“I have your tongue to keep me in check, my little chile pepper,” I said.

“Which tongue is longing for another dose of this heavenly dish,” said Mrs K R.

Yup. Cause it’s chowder this world.