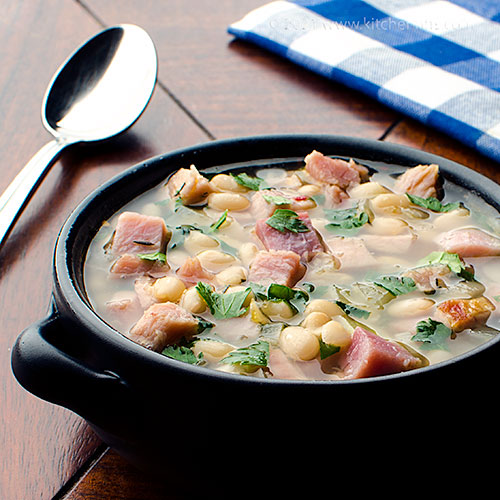 This hearty (and historic) soup will warm you up

Cold, gloomy weather? You know what that means. Soup!

With a new Congress in session – and the US Senate preparing to hold a historic trial – what could be more timely than Senate Bean Soup?

Its flavor will earn your family’s vote of confidence. By unanimous consent. 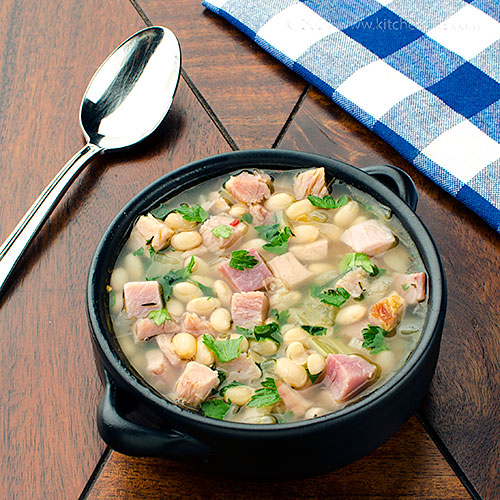 Traditionally, this soup is made with navy beans and meaty ham hock or shank. We’ve changed things up a bit by using leftover ham, along with ham base (concentrated soup stock).

This recipe calls for using dried beans. Should you soak them before cooking? Soaking cuts about an hour off their cooking time. Because navy beans take a while to cook, we usually soak them overnight (you can also quick soak; see Notes).

Total prep time for this dish is about 15 minutes. Cooking time adds about 3 hours, largely unattended.

This recipe yields about 8 servings. Leftovers keep for a few days if refrigerated in an airtight container (or you can freeze them for up to 3 months). 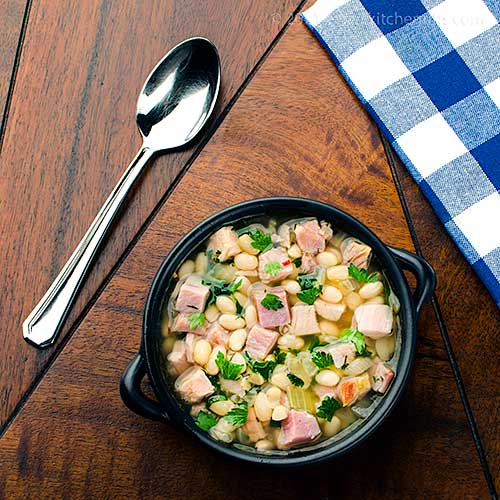 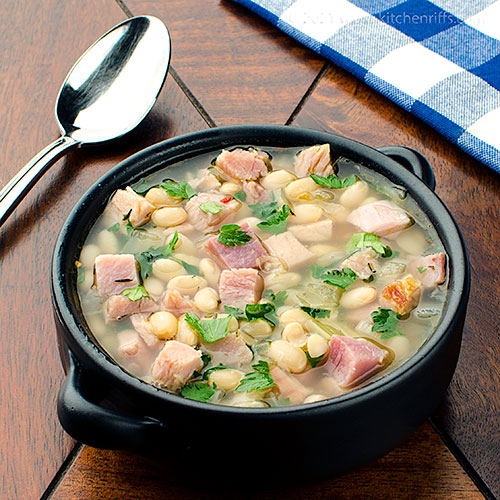 State of the Union

“I call this kitchen to order,” said Mrs. Kitchen Riffs. “Be it resolved: This Senate Bean Soup really hits the spot.”

“I’ll vote for that,” I said. “And it doesn’t take an act of Congress to recognize that winter is soup weather.”

No one will filibuster that.