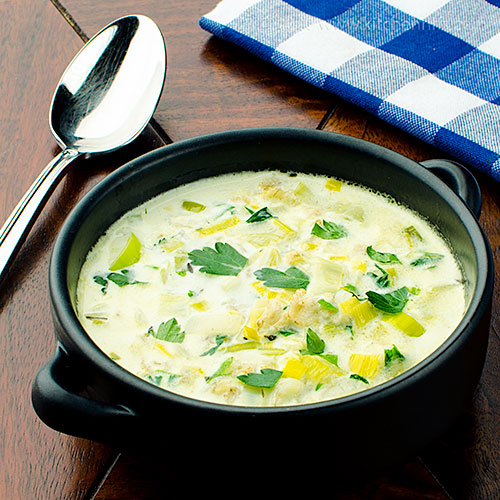 Ready to eat like a Druid? Because this dish dates back millennia, to the ancient Celtic world. It was originally called Brotchán Roy (or maybe Brotchán Foltchep – opinions differ).

The flavor combination may sound unusual, but our version is delish. In fact, it tastes like cream of leek soup.

So give it a try. And decide that oatmeal isn’t just for breakfast anymore. 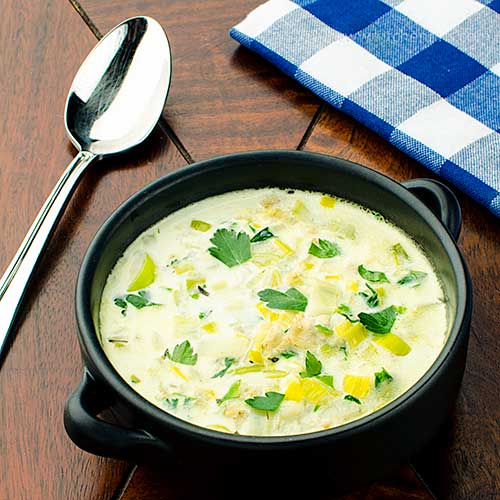 This recipe may remind you of Leek and Potato Soup. But that dish usually contains about equal amounts of leeks and potatoes. By contrast, Irish Leek and Oatmeal Soup contains just enough oatmeal to give it deep flavor and velvety texture.

There are many ways to make this dish. Most recipes call for using stock (usually chicken) and milk in equal parts. But some call for stock alone (or even just water). We use chicken stock, then finish it with heavy cream.

This recipe takes about 45 minutes to prepare. It yields 4 servings. 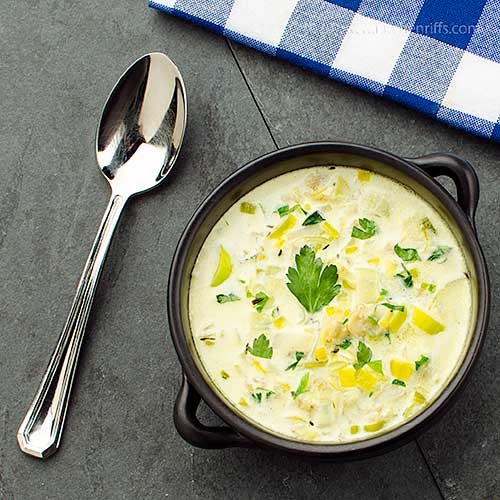 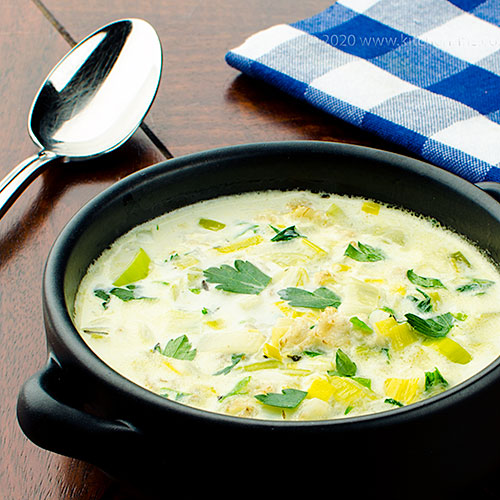 “Take a leek,” said Mrs. Kitchen Riffs. “And add oatmeal, of all things. Who knew?”

“This soup really is a horse of a different color,” said Mrs K R.

“Or flavor,” I said. “Perfect for a stallion like me!”

Guess I won’t be letting my inner Druid moon child out tonight.