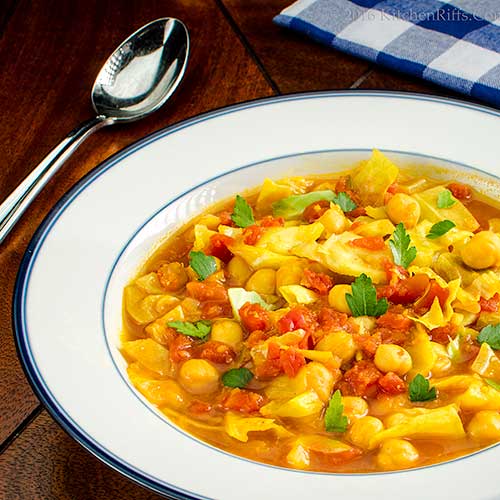 OK, it’s not the best-known holiday. But we’ll take any chance to celebrate. So let’s get cruciferous.

Cabbage isn’t particularly traditional in mulligatawny soup. But we’d like to change that, because cabbage and Indian spices taste like they were made for each other. Our version of M-soup is also vegan and gluten free, so it will suit almost any diet. And it’s versatile: This soup makes a spicy starter, but is hearty enough to serve as a main.

Best of all, the flavor is wonderful. Once you taste this soup, you’ll be circling World Cabbage Day on the calendar. In red. 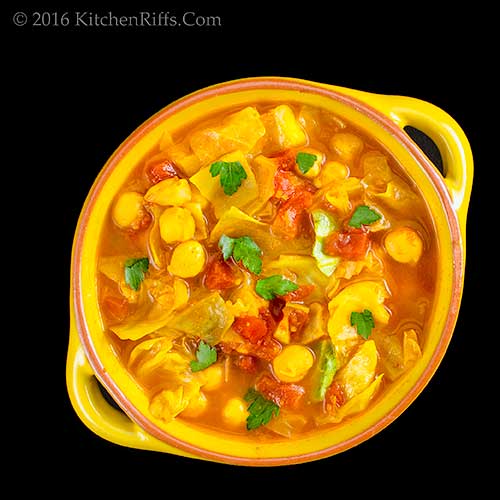 Mulligatawny soup probably originated as a sauce during the era when Britain ruled India. But because the typical formal English dinner at the time started with soup (and soups are not common in Indian cuisine), the sauce was thinned out with broth and served as a starter course.

There’s no definitive recipe for mulligatawny soup. Usually it contains meat (often chicken) and lentils. But not always. Sometimes it’s enhanced with rice. But again, not always. There are thousands of recipes for this dish, all of them somewhat different.

The only rule seems to be that the soup should be spicy. The word “mulligatawny” derives from the South Indian Tamil language, and means “pepper water.”  Today, most mulligatawny soups are flavored with curry.

Prep time for this soup is about 10 to 15 minutes. Cooking time adds another 30 minutes. 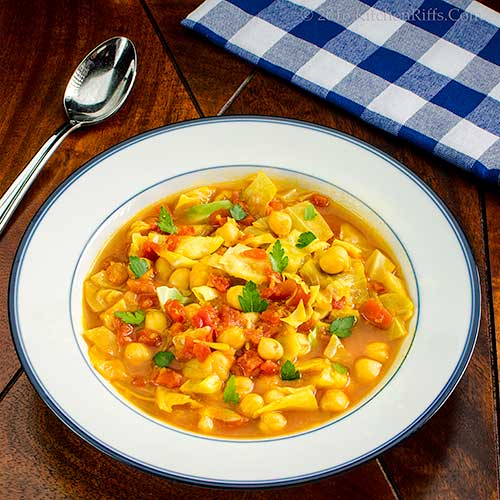 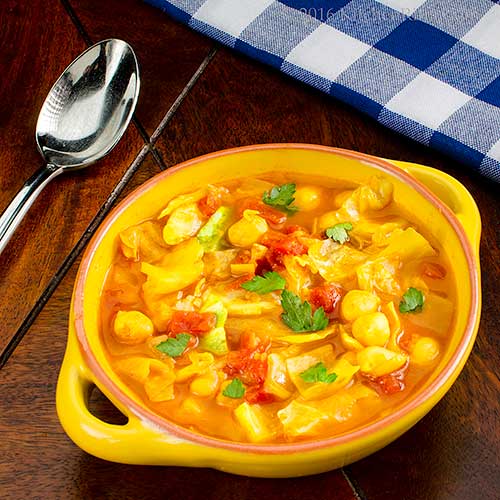 “Well, variety is the spice of life,” I said.

“Speaking of which,” said Mrs K R, “you’ve spiced this up perfectly. Subtle flavors, but tangy.”

Mrs K R shot me a look. “Those puns won’t curry favor with me, kitchen boy.”