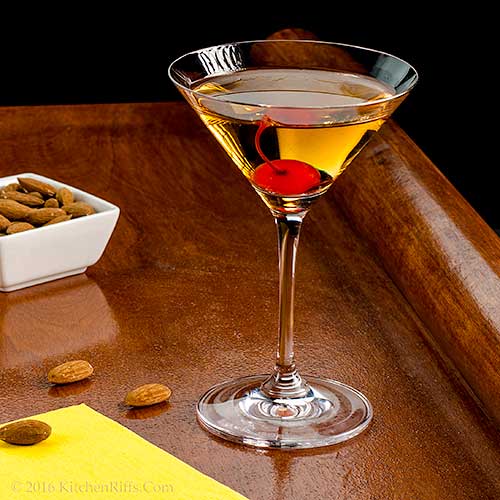 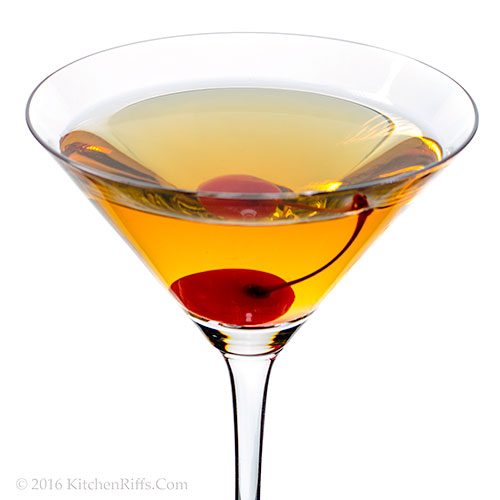 This drink has been around for decades (a recipe for it appears in The Savoy Cocktail Book, published in 1930). In fact, we suspect that the Washington Cocktail may even date back to the 19th century, because it contains more vermouth than we’re used to seeing in more modern drinks.

Although vermouth is front and center in this drink, the brandy (or cognac) is no wallflower; it adds considerable flavor of its own. Actually, this cocktail reminds us somewhat of a brandy Manhattan. But a Manhattan (which usually contains rye or bourbon) features twice as much strong spirit as vermouth. The Washington Cocktail reverses that ratio, making it a lower alcohol drink. 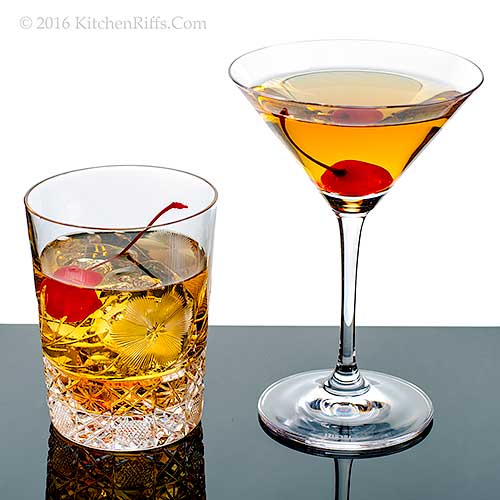 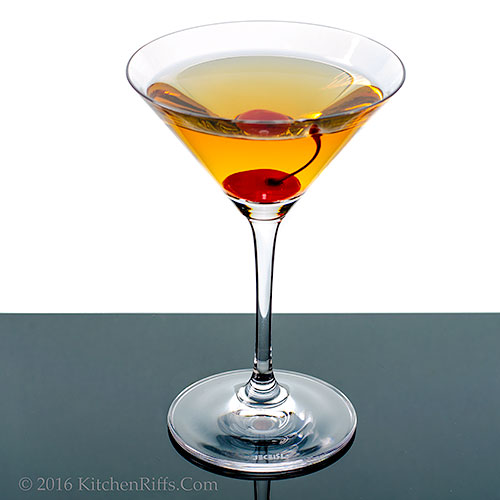 “I cannot tell a lie,” said Mrs. Kitchen Riffs. “This is a good drink!”

“So, do you think this cocktail was named after the father of our country?” I said.

“Yes,” I sighed. “It’s going to be a long haul until the election in November. We may need another round of these before I can face it.”

“George Washington probably would have loathed all this campaign hubbub,” said Mrs K R. “After all, he was the only president who wasn’t a member of a political party.”

“Well, that makes him a great man indeed,” I said.

“Plus, he was elected unanimously by the electoral college,” said Mrs K R. “Twice.”

“Getting better all the time,” I said.

“And his second inaugural address was the shortest ever delivered,” said Mrs K R.

“That settles it,” I said, raising my glass. “Let’s drink to my new hero.”

Hail to the chief.

You may also enjoy reading about:
Simple Syrup
Manhattan Cocktail
Ward Eight Cocktail
Alaska Cocktail
Leap Year Cocktail
Cocktail Basics
Or check out the index for more
Posted by Kitchen Riffs at 9:01 AM