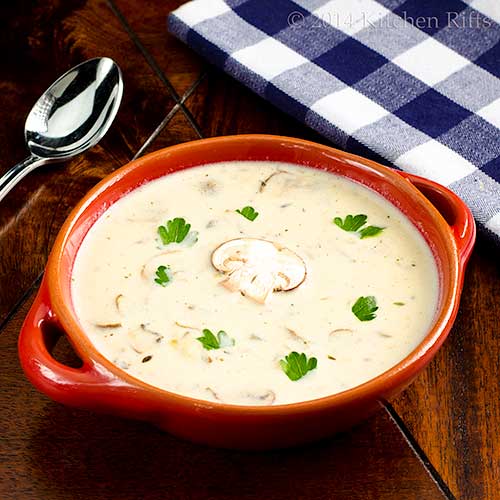 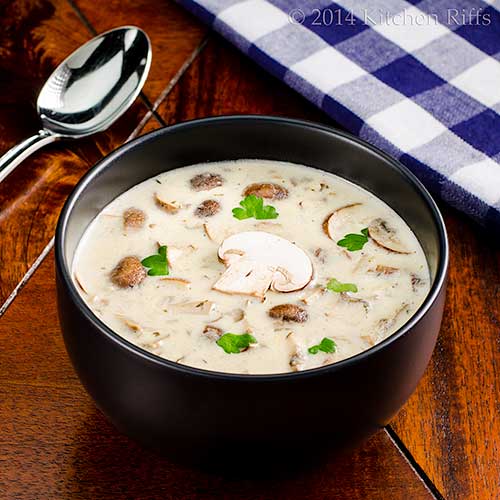 Classic Cream of Mushroom Soup probably originated in France, where it’s called Potage Velouté aux Champignons. As the name suggests, it’s made with velouté sauce—essentially a white sauce made with a butter and flour roux as the base. It’s almost the same sauce as a Béchamel sauce, but instead of using milk as a liquid, velouté uses a lightly-flavored stock.

In a cream soup like this, you’ll get better flavor if you replace some of the stock with milk, so that’s what we do here. Making velouté sauce takes a few minutes of attention at the stove, but it’s easy—and it gives the soup terrific texture and taste.

There are various methods of making this soup, including complicated ones that finish it by using egg yolks to make an emulsion (more on this in the Notes). We prefer an easier, more straightforward method. Our recipe is adapted from Julia Child’s The Way to Cook.

Prep time for this recipe is 10 to 15 minutes. Cooking time adds another 40 minutes or so, much of it unattended.

This recipe serves 4 as a first course, or two as a main course. If you’re serving a crowd, it’s easy to double this recipe. Leftovers keep OK if refrigerated in an airtight container. 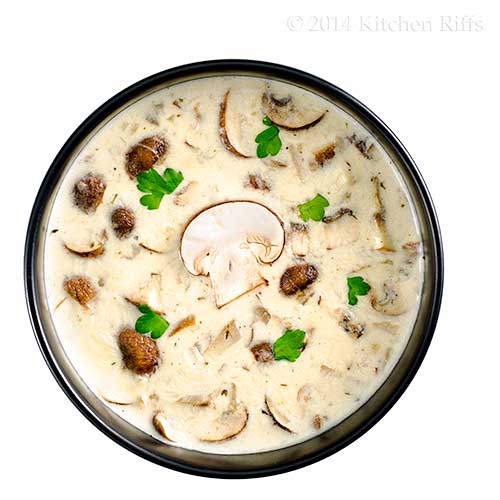 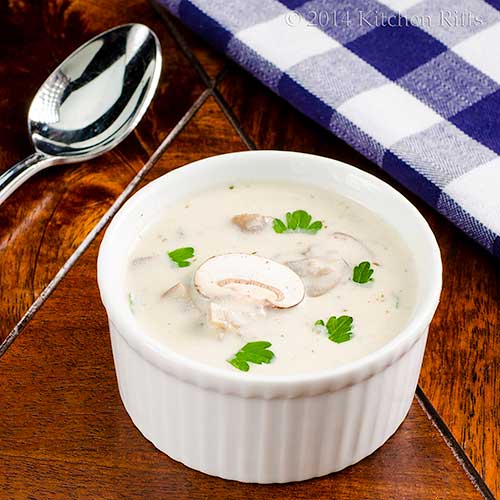 “Mmm, one of the best soups ever,” said Mrs. Kitchen Riffs. “Cream of the crop.”

“These puns are getting outrageous,” said Mrs K R. “I should cream you for that last one.”

“Yeah, we better stop,” I said. “They’re starting to mushroom.”

You may also enjoy reading about:
Celery and Bacon Chowder
Winter Squash, Corn, and Bacon Chowder
Moroccan Carrot Soup
Fennel Soup with Shrimp and Beans
Sweet Potato Soup with Chilies and Corn
Kale, Quinoa, and White Bean Soup
Chilled Cucumber Soup with Yogurt and Dill
Or check out the index for more recipes
Posted by Kitchen Riffs at 9:15 AM