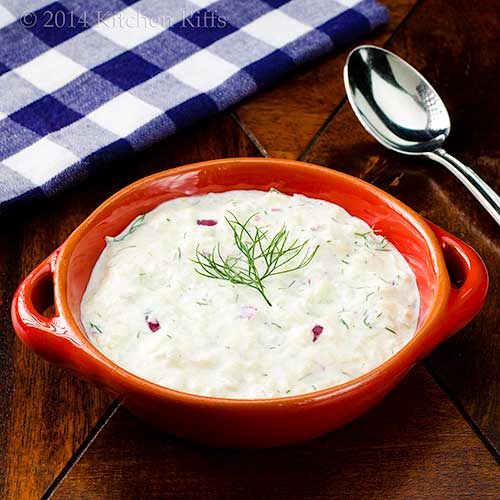 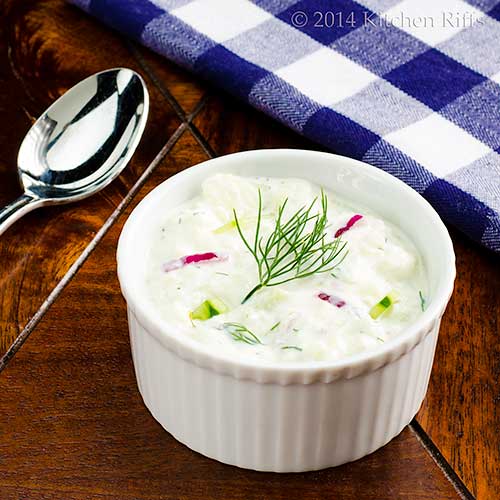 Tangy yogurt seems to bring out the best in cucumbers. Which is why you’ll find this pairing in countless dishes served around the eastern Mediterranean. One of the more famous is Greek Tzatziki, and today’s soup is essentially a variant on that sauce.

Greek yogurt is ideal in this dish, although you can also substitute regular yogurt. We prefer full-fat yogurt, but you can use low-fat or fat-free if that’s your style.

This recipe is adapted from Judith Barrett’s Saved by Soup.

The dish takes about 15 minutes to prepare, and serves 4 to 6 as a first course. Leftovers will keep for several days if stored in an airtight container in the refrigerator. 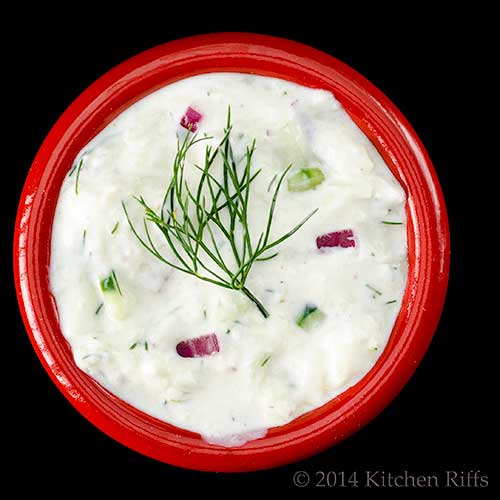 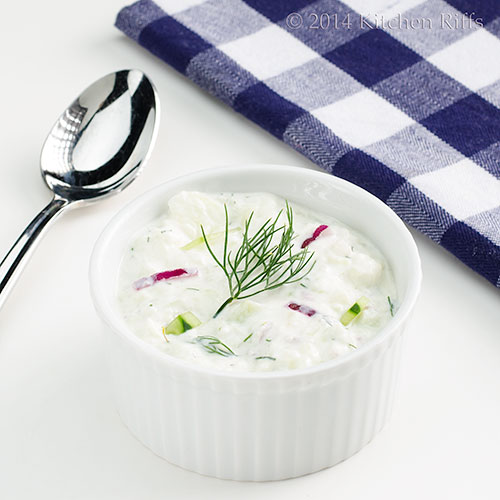 “Thanks,” I said. “You might call me a consommé professional.”

“Hope you never run out of recipes,” said Mrs K R. “That would be gruel and unusual punishment.”

“Oh, ye of ladle faith,” I said. “No worries about that around here!”

“True,” said Mrs K R. “You have bouillons and bouillons.”