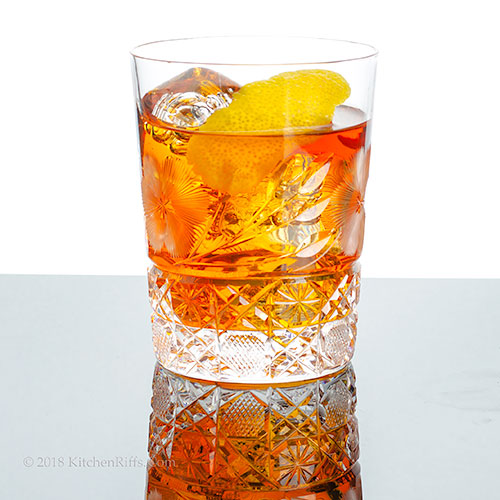 Elegant as its Riviera namesake

The Monte Carlo is super smooth. Fitting, that.

It’s a rye-based sipper, which makes it nice and warming. That’s perfect for autumn (which is rapidly approaching in our part of the world).

This drink will perk you up on a chilly night. And you want to be perky, don’t you? 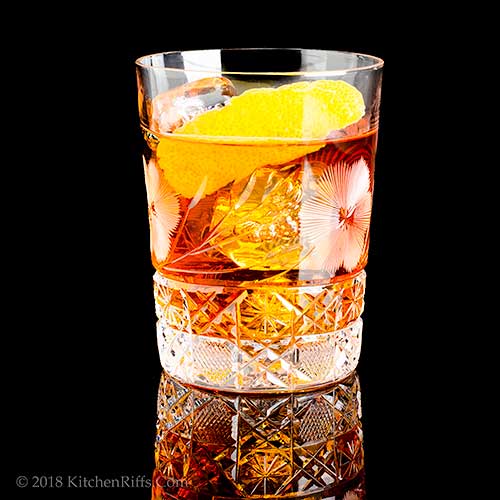 This drink is a dressed-up version of the Manhattan Cocktail. Both drinks are made with whiskey (preferably rye) and bitters. But the Manhattan also features vermouth, while the Monte Carlo substitutes Bénédictine liqueur.

So the Monte Carlo is just a touch sweeter than the Manhattan, with slightly more complex flavor. It somewhat resembles the Vieux Carré Cocktail.

Traditionally, The Monte Carlo is served “up” in a cocktail glass. We like it that way, but think it’s even better over ice in a rocks (Old-Fashioned) glass, so that’s how we recommend making it. 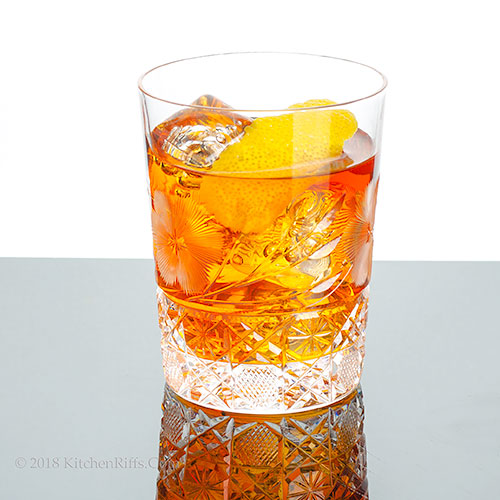 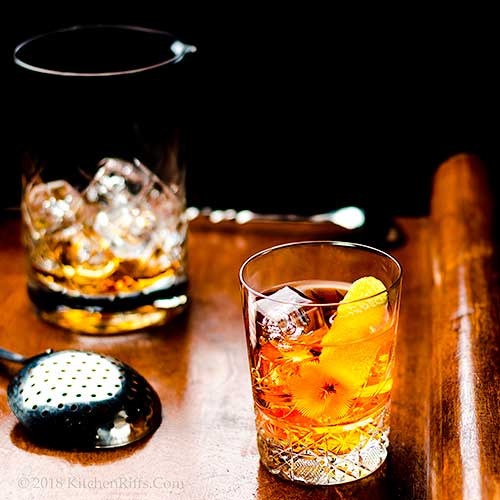 “This is my idea of Formula One,” said Mrs. Kitchen Riffs.

“Yup, this should win the Grand Prix of cocktails,” I said.

“Maybe we should drive it over to the casino,” I said. “And break the bank.”

You may also enjoy reading about:
Manhattan Cocktail
Vieux Carré Cocktail
Tip Top Cocktail
Bijou Cocktail
Brainstorm Cocktail
Derby Cocktail
Or check out the index for more
Posted by Kitchen Riffs at 8:30 AM