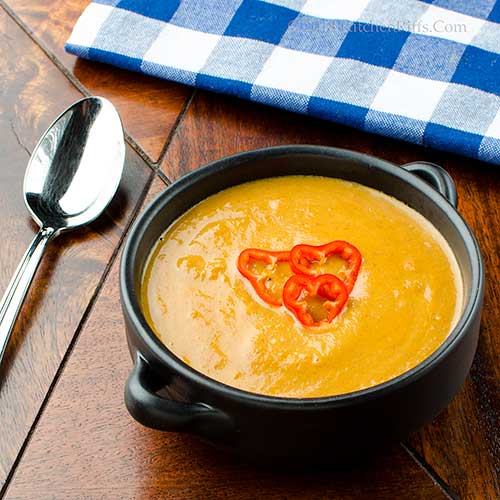 Deep flavor with a hint of chipotle heat

Autumn is near in our part of the world. That means soup – and pumpkins.

So we decided to combine those two autumn affiliates into one slurpy dish. It’s easy to prepare and makes a stunning starter.

This soup mingles sweet and zesty in a smooth mix. Because pumpkin spice isn’t just about cinnamon. Pumpkins can take the heat. 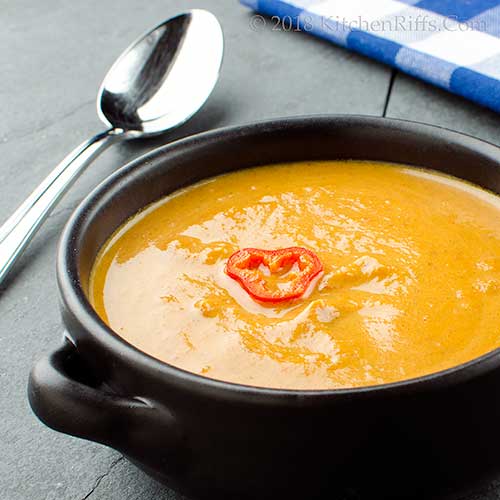 We use canned pumpkin in this soup because it’s readily available and good quality. We also add sweet potato to rev up pumpkin’s mild flavor.

Spices and chipotle make this soup bloom. BTW, don’t worry about the chipotle adding too much heat – we include just enough for flavor and interest.

Prep time for this soup is about 15 minutes. Cooking adds an hour or so (most of it unattended). You can prepare this dish a day ahead of time if you wish, then reheat right before serving.

This recipe yields about 4 first-course servings.

Leftovers keep for a few days if refrigerated in an airtight container. Or you can freeze them for a month or more. 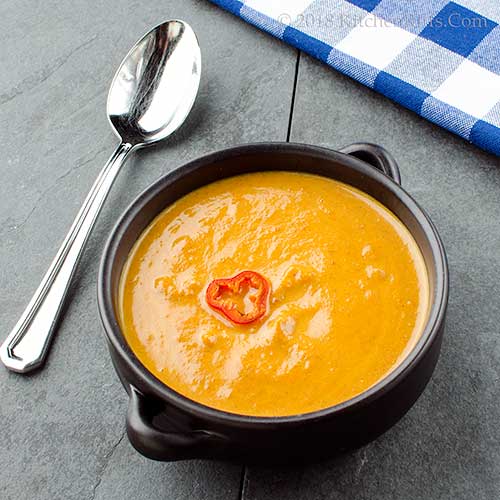 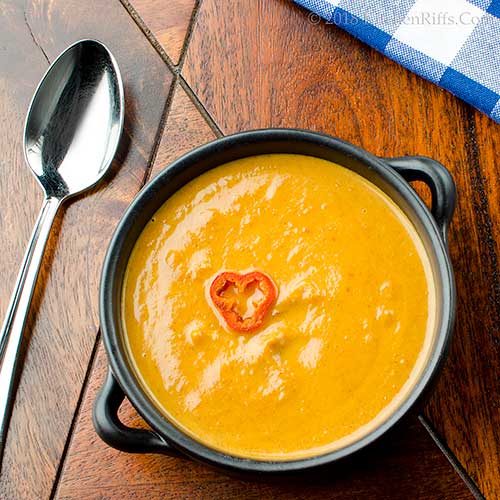 “He’s got tempting texture,” I said. “And he gets flavor favors from his sidekick, Sweet Potato.”

“They make themselves at home, no matter what’s on the menu,” I said.

“But they never demand the spotlight,” said Mrs K R. “Unlike some turkeys I could mention.”