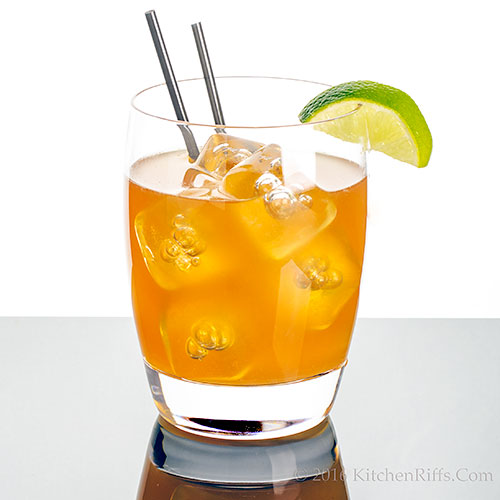 Tiki drinks often sport unusual names – and this one may be one of the strangest. But don’t let that put you off.

The Vicious Virgin is slightly sweet, and definitely spicy. It makes a smooth sipper on a hot August afternoon. And it even works as a pre-dinner cocktail.

So serve this charmer at your next dinner party. The name alone will be a conversation starter. 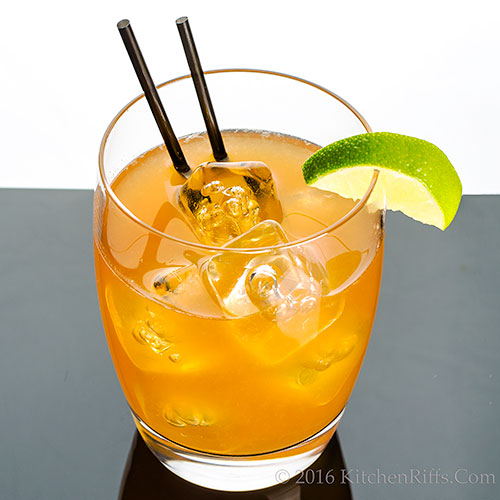 This drink combines 2 kinds of rum, plus Cointreau, falernum (a spicy sweet syrup—see Notes), and fresh lime juice. The flavor reminds us of a cross between a Mai Tai and a Daiquiri.

We like to serve this drink in a rocks (Old-Fashioned) glass, over ice. But some people favor other presentations – including champagne flutes (see Notes). 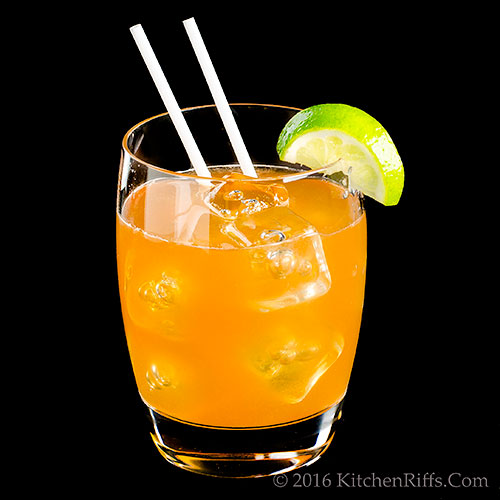 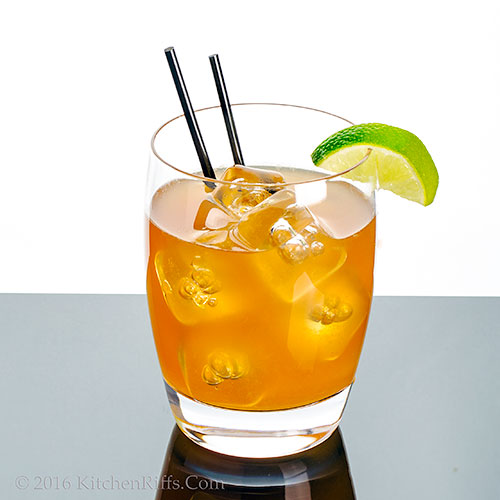 “Ah, falernum,” said Mrs Kitchen Riffs. “Recall the first time we had it?”

“Yup, we used it in the Planter’s Punch,” I said. “Though we were no cocktail virgins, even then.”

“And later we used it in the Zombie,” said Mrs K R. “Which is not a drink for the uninitiated.”

“Indeed not,” I said. “Though we then used falernum in the Bermuda Rum Swizzle, which is more suitable for the beginner.”

“And the last time we used it was in the Royal Bermuda Yacht Club Cocktail,” said Mrs K R.

“That was three years ago,” I said. “Time flies when you’re drinking Tiki.”

“And now we’ve circled back to falernum again for this cocktail,” said Mrs K R.

“So does that qualify as a vicious circle?” I asked.

“That comment is virgin on the ridiculous,” said Mrs K R.