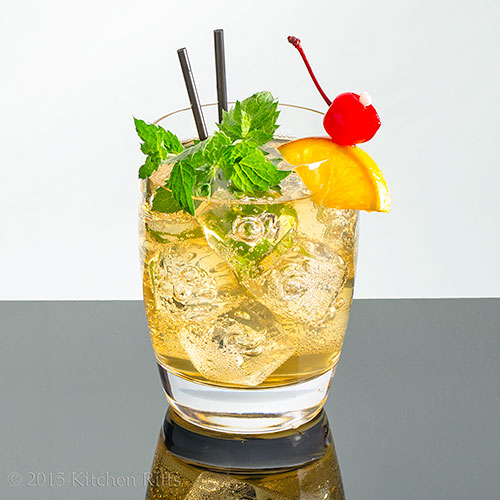 AKA The Suffering Bar Steward, this slow sipper was concocted as a hangover remedy

OK, the name is a bit . . . unusual. But don’t let that put you off. Because the Suffering Bastard happens to be an exceptionally refreshing drink. Which makes sense, given its origin as a hair-of-the-dog remedy.

It’s a wonderful cocktail for a lazy afternoon by the pool or on the beach. And because it’s a fairly voluminous tipple, you’ll take a while to get through one. So you won’t be drinking too many of these.

Good thing. Because you don’t want to wind up with, you know, a hangover. 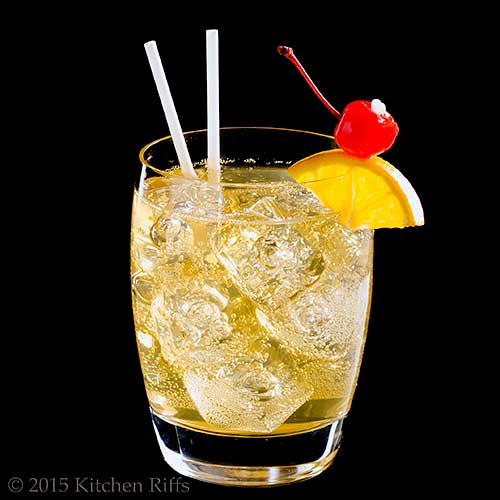 The Suffering Bastard was invented in 1942 by Joe Scialom, then bartender at the Shepheard Hotel in Cairo, Egypt (more about this in the Notes). Despite its lack of a Polynesian-themed origin, the cocktail often is classified as a “Tiki” drink—perhaps because one of the kings of Tiki, Trader Vic, later borrowed the name for a rum-fueled drink.

There are numerous recipes for the Suffering Bastard floating around. We present the version we like best (which happens to be the original recipe), but discuss alternatives in the Notes. 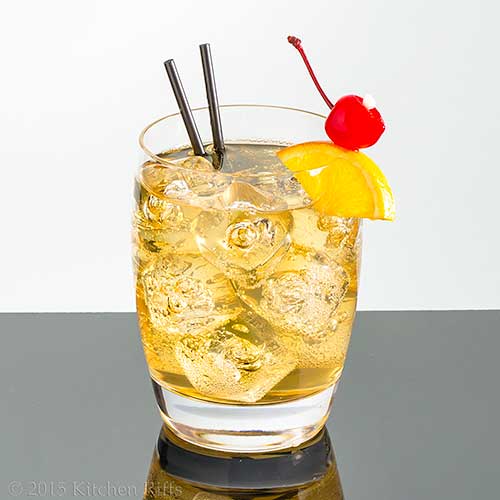 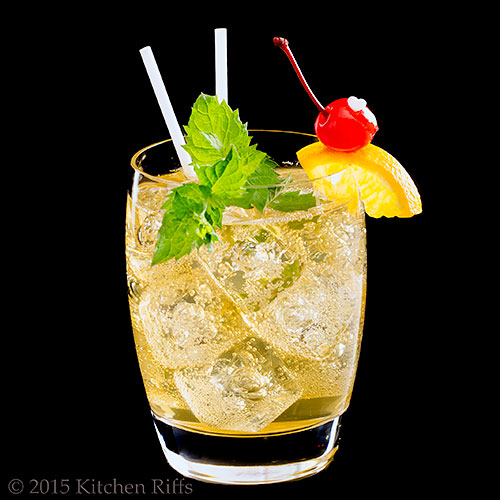 “Sometimes we have to suffer for our art,” said Mrs. Kitchen Riffs.

“True,” I said. “And as Nietzsche reminds us, to live is to suffer.”

“But we owe it to our loyal readers,” said Mrs K R. “They’re thirsty! And they’re looking to us for expert advice! So maybe just one more variation?”