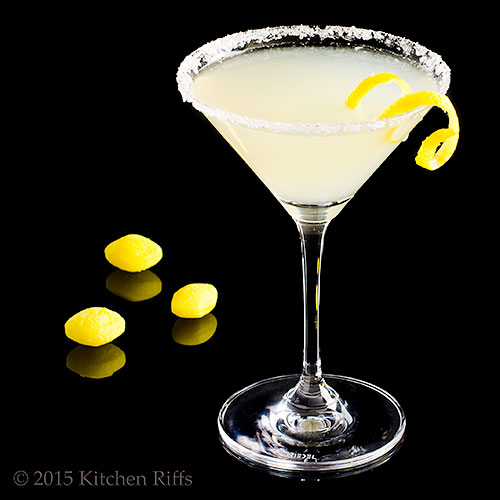 Hot enough for you? Yeah, we’re tired of talking about the weather, too. So let’s just cool off with a drink already.

Fortunately, the Lemon Drop Cocktail should perk us right up. This smooth drink soothes and refreshes on a hot afternoon. It’s sweet, but the lemon lends just enough tartness for pre-dinner sipping.

Think of it as your new lemon aid. 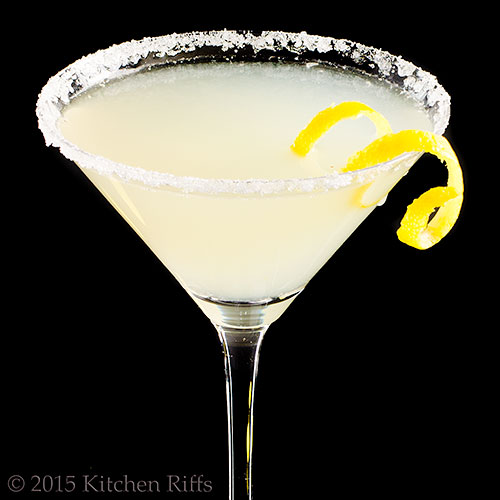 The Lemon Drop Cocktail (sometimes called the Lemon Drop Martini—see Notes) was inspired by lemon drop candy—a lemon-flavored hard candy, usually with a coating of sugar, that is often shaped to look like a tiny lemon.

The Lemon Drop Cocktail contains citron vodka, fresh lemon juice, and granulated sugar or (better yet) simple syrup (preferably Homemade). It resembles a vodka version of our old favorite, The Sidecar Cocktail. But the Sidecar contains brandy or cognac, which makes the flavor a bit heavy for warm weather. So during the dog days of summer, we prefer the Lemon Drop. 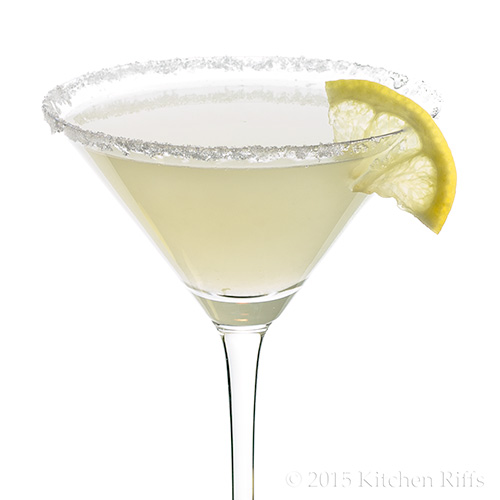 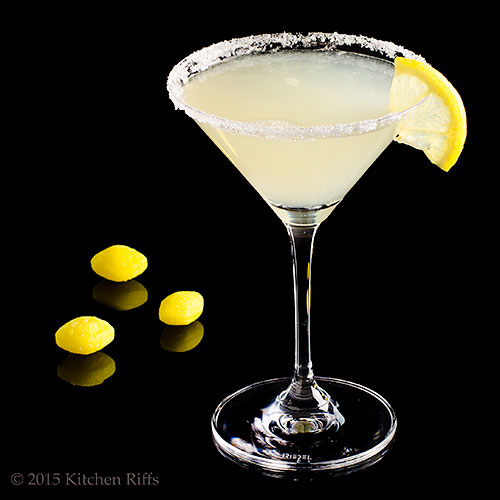 “The Lemon Drop is a winner,” I agreed. “But I haven’t thought of that song—or that band—in years.”

“Glad to lead you down memory lane,” said Mrs K R. “Especially if I can carry a drink as gorgeous as this one. It’s real eye candy.”

“So, candy man,” said Mrs K R. “Can I sweet talk you into making me another of these?”

“Sure thing, sweet heart,” I said. “These are so much fun to make, I feel like a kid in a candy store.”