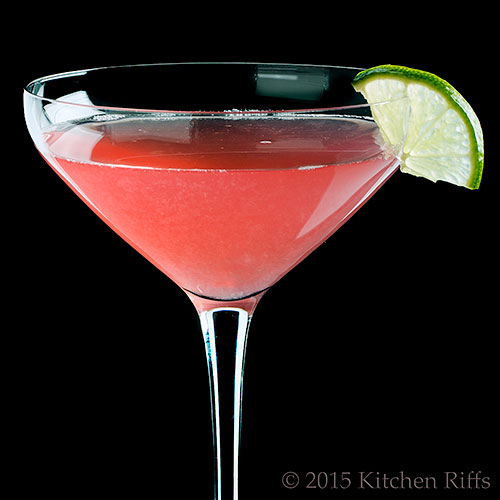 Is there any drink with more cultural baggage than the Cosmopolitan (aka the Cosmo)? With its girly pink hue—not to mention its status as signature drink on Sex and the City—it seems that no self-respecting cocktail connoisseur would be caught dead drinking it.

Which is too bad, because it’s quite a refreshing cocktail. It’s great by the pool in the summer heat. Or as a pre-dinner treat.

So if you’ve never had a Cosmo—and despite its popularity, many people haven’t (that baggage thing, you know)—maybe now is the time to give it a try. Because real men (and women) aren’t put off by a little snark. 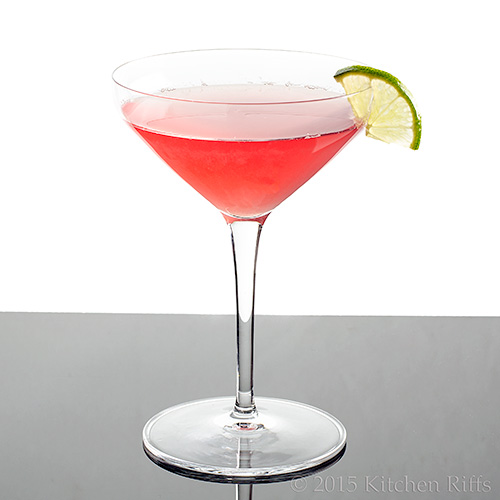 The Cosmo we know today combines citron vodka with Cointreau, cranberry juice, and fresh lime juice. But like many drinks, this one seems to have evolved over time. More about that in the Notes.

Our favorite recipe is one perfected by Dale DeGroff. Although DeGroff didn’t invent the Cosmo, he probably did as much as anyone to popularize the drink. 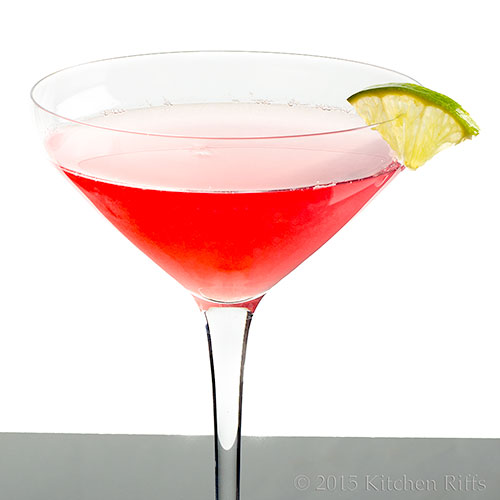 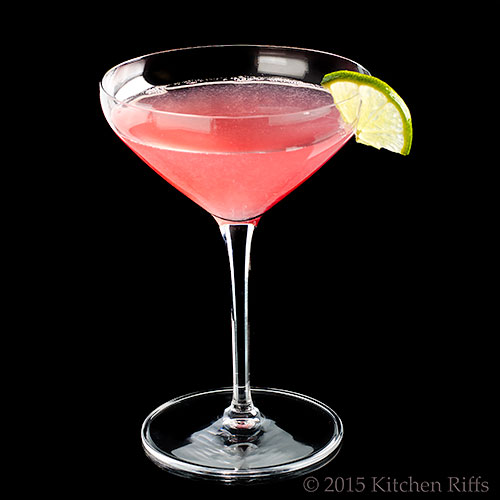 “Who knew frou-frou could taste so good?” said Mrs. Kitchen Riffs. “Love the rosy color of this drink.”

“May want to make this the last round though,” said Mrs K R. “Otherwise we could start seeing pink elephants.”

“And then you might have to hand this bartender a pink slip,” I said.

“You have such a rosy disposition,” I said. “So maybe I should just keep pouring—since I can count on you to tuck me in.”

Maybe I’ll make this the last round after all.