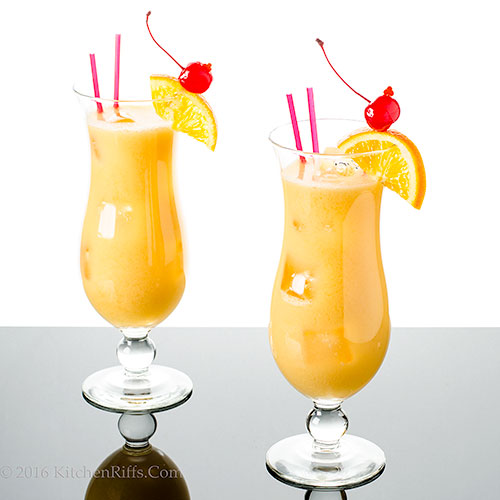 AKA the Painkiller, this Tiki drink will soothe your soul

So it’s July, and both major US political parties are staging their presidential nominating conventions. It’s been a bizarre political season. Plus, the weather is miserably hot throughout much of the country. We need a drink.

So mix yourself one. Or two – you shouldn’t suffer through this alone. 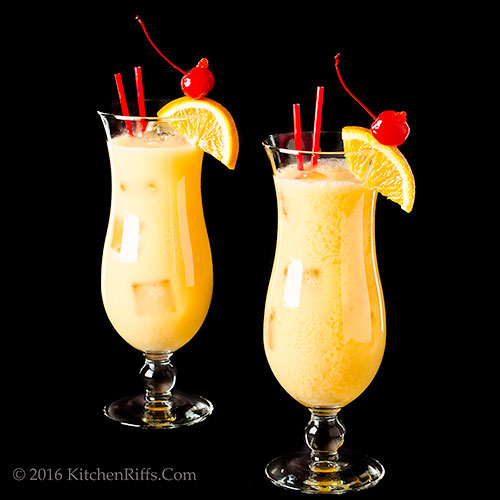 Pusser’s Painkiller combines dark rum with unsweetened pineapple juice, OJ, and coconut cream. It tastes quite a bit like a Piña Colada, but with hint of orange.

Before you mix yourself one of these beauties, we should mention that Pusser’s is a brand of rum – and the company has trademarked this cocktail’s name. So legally, a “Painkiller” is supposed to be made only with Pusser’s brand rum. We’ve heard, however, that any good-quality dark rum works in this drink. Not that we’d know, of course.

This recipe takes about 5 minutes to make, and serves 1. 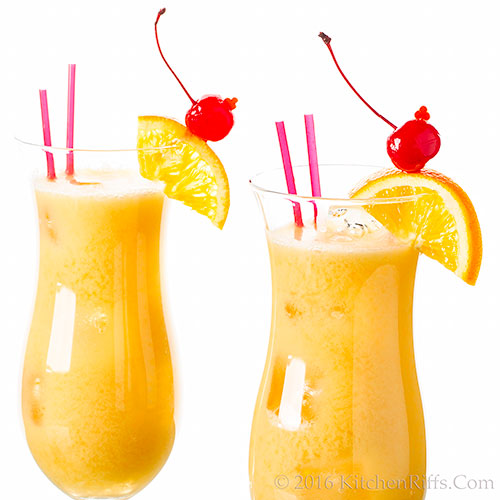 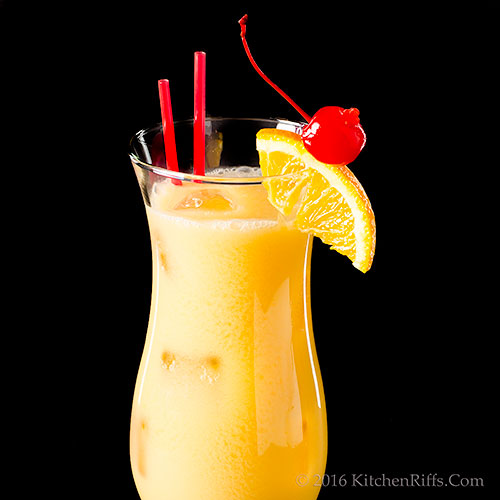 “Yup, politics can often be strange,” I said. “But this has become world-class weird.”

“Glad we have a medicinal drink,” said Mrs K R. “So how did the Soggy Dollar Bar get its name?”

“Well, it was on a really small island that was hard to access,” I said. “The bar was right on the beach, with no dock nearby. A lot of the bar’s patrons were boaters, so they had to drop anchor and swim to the beach.”

“Exactly,” I said. “As a convenience, the bar had a clothes line where people could pin up their soggy dollars to dry.”

“Worth swimming against the tide if there’s one of these waiting for you on shore,” said Mrs K R.

“And it provides a built-in cure for sore muscles,” I said.

Mrs K R glanced at her phone. “Ah, jeez, yet another convention speech,” she said. “Mix us another round, quick.”

“Coming right up,” I answered. “I feel your pain.”