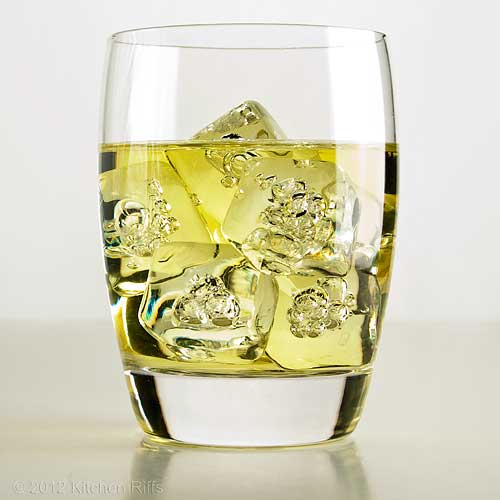 The Gimlet is one talented cocktail. It can cool you down in hot weather. It carries a medicinal heritage (legend says that Britain’s Royal Navy developed it to fight scurvy). And it’s gained celebrity by association with writers Ernest Hemingway and Raymond Chandler — not to mention schlock-movie king Edward D. Wood, Jr.

The Gimlet wins points for versatility, too. It’s equally tasty served “up” or on the rocks. And although it’s traditionally made with gin, it also works well with vodka. You can serve it as a casual afternoon refreshment, as a cocktail before dinner, or at a chic evening function. Pretty amazing for a drink that requires only two ingredients.

Best of all, it has superb flavor. So let’s mix it up, shall we? 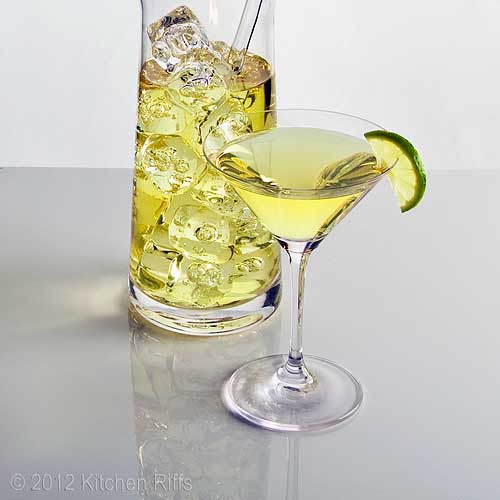 This drink’s characteristic flavor comes from Rose’s Lime Juice, a commercial lime cordial that you can buy at any grocery or liquor store.  Rose’s is sweet (as are all cordials), with a flavor that’s not quite natural — but compelling nevertheless.

I’ve seen recipes that try to “improve” the Gimlet by replacing Rose’s with freshly squeezed lime juice and sugar.  Fresh citrus usually improves a drink — but not this one.  In fact, this is the only instance I can think of where it actually makes the drink worse.

You really need lime cordial.  And while there are other lime-flavored commercial cordials out there that may (or may not) work in a Gimlet, why bother with anything but Rose’s?  It’s available everywhere, and it works well.

I think this drink tastes best made with gin.  But if you ask for a Gimlet in most bars today, they’ll probably make it with vodka.  So if you want gin in your Gimlet, be sure to ask.  And if you get a vodka gimlet by mistake?  Well, it will have a touch less flavor, but it will still be a pretty good drink.

This recipe assumes that you’ll be serving the drink up (i.e., stirred with ice, then strained into a cocktail glass), but I also include instructions for serving it on the rocks.  The recipe takes 5 minutes to prepare, and serves one. 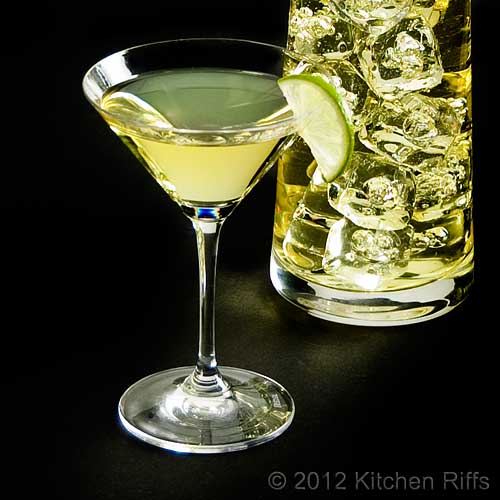 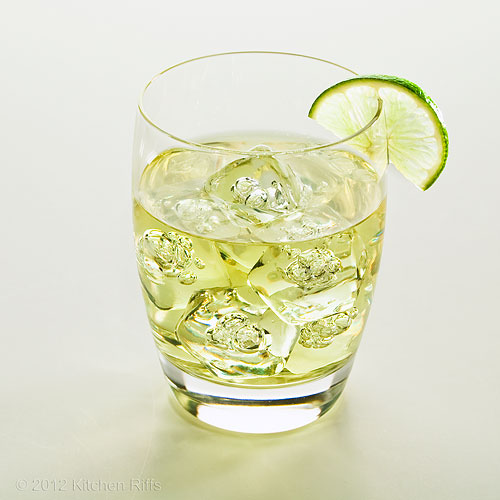 “This Summer Sippin’ Series is turning out to be a fine idea,” said Mrs. Kitchen Riffs as she tasted her Gimlet. “Say, do we have any of those Cheese Straws left? They’d be great with this.”

“No, we pigged those down with our Bellinis,” I replied.  “I’ll have to make some more snacks — we’ve got lots of cocktails coming up this summer.”

“I can’t wait for the Tiki drinks,” said Mrs K R, emptying her glass.  “I haven’t had a Zombie since — so long I don’t remember!”

“Too many Zombies can do that to your memory,” I observed.  “But patience; we’ve got other drinks coming up before then.  Like next week.  To celebrate the 4th of July, we’ll be doing the Betsy Ross Cocktail.”

“Sounds like you’ve got that post all sewn up,” Mrs K R beamed.  “I’ll flag it on my calendar.”

“Maybe you should suck on another Gimlet,” I groaned in reply.

“I would if I could,” she sighed, glancing at her empty glass.  “How do you get the bartender’s attention around here?”

I rose to mix another round.

“And check to see if we overlooked a Cheese Straw or two,” she said to my departing back.

But I know us.  No chance of that.