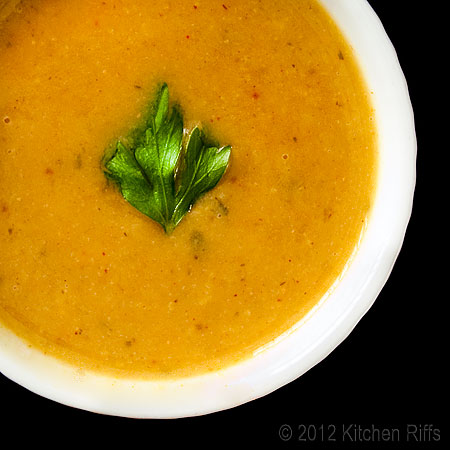 Spice Up Your Winter with this Vegan Beauty

It’s also National Oatmeal Month and National Hot Tea Month.  And some sources even claim it’s Prune Breakfast Month.  But that’s too much excitement for me.  I’ll stick with soup.

Besides, soup is perfect this time of year.  The weather is cold in most parts of the US, so a hot bowl of warming and filling satisfaction sounds mighty attractive.  And as noted last week in the recipe for Tuscan Bean and Pasta Soup, after the recent holiday excesses it’s nice to eat simple, healthy food again.

Cauliflower is both exceptionally healthy and in ample supply at the supermarket right now.  So why not turn it into soup?  Jazzing it up with Indian “curry” spices makes the dish even better. 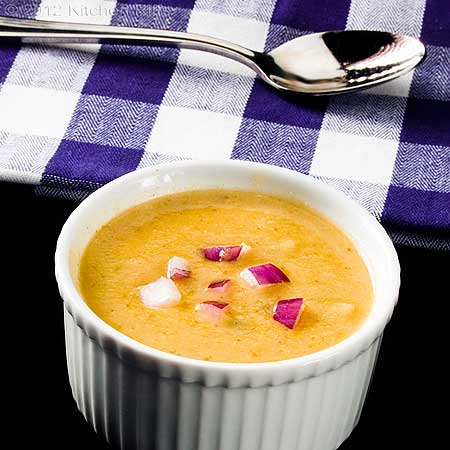 Recipes that combine cauliflower and potatoes are common in Indian cooking.  But they usually appear as side dishes, not soup.  In fact, sides are what I intended to make when I created this recipe — until I got sidetracked by the thought of soup.

I've made permutations of this soup several times. It’s particularly tasty made with Roast Cauliflower, but it’s also good when you start with uncooked cauliflower. The vegan version of this recipe (using vegetable stock or water) is sensational. Or you can substitute chicken stock and up the flavor a notch.

As presented, the dish makes a good first course.  But if you add a good-sized salad and bread, it’s hearty enough to serve as a main course.  If you want a meal-in-a-bowl recipe, you can add some protein-rich white beans to the soup (see Notes).

This dish takes about 15 minutes of prep time and 30 minutes of cooking time.  (Add about an hour for roasting cauliflower if you go that route).  It yields about 8 servings.  Leftovers freeze well. 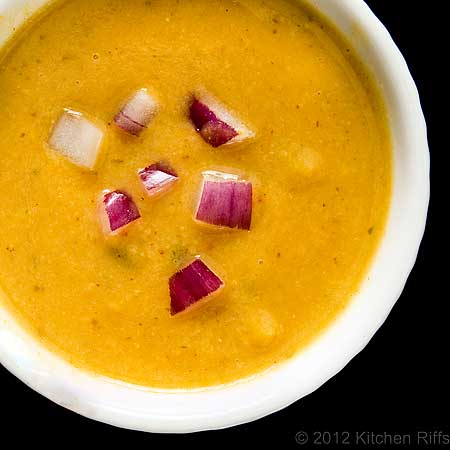 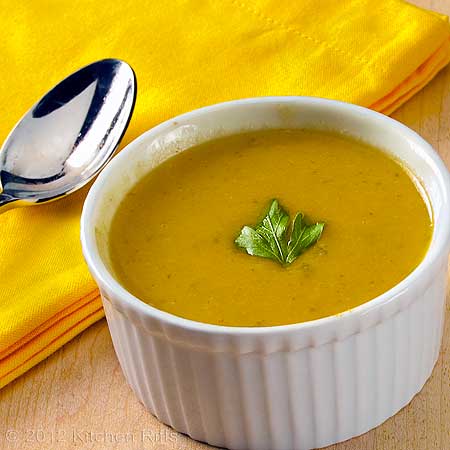 So who decided that January should be National Soup Month? I don’t know, but there are lots of national food days. You can find several lists of them online (examples are here and here; do a search and you’ll find more). The lists aren’t totally consistent. But if you look hard enough, you can find something edible to celebrate just about any day of the year.

“Hey, I’ve got an idea,” I exclaimed to Mrs. Kitchen Riffs as she was perusing the lists.  “Maybe next year I should do a post for each and every national food day.  The possibilities are staggering!”

“After all that gorging and guzzling, you’ll be the one staggering,” she replied.  “And you’ll be longing to celebrate December 30th.”

Posted by Kitchen Riffs at 9:29 AM