A Farewell to Hemingway Cocktail 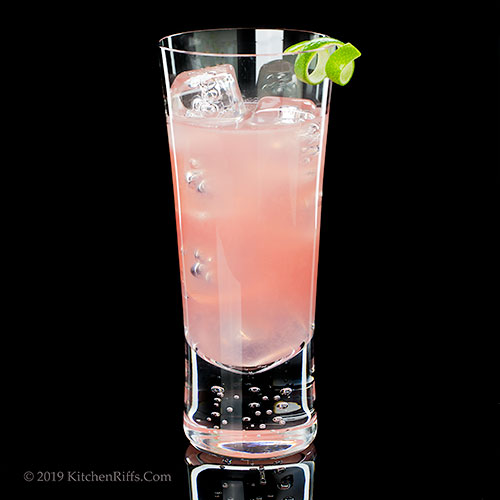 Created in 1937 using one of the author’s favorite ingredients

He also liked bullfights – and bullfighters. So a friend decided to create a cocktail in honor of Hemingway and one of his matador pals.

Knowing that Hemingway was particularly fond of kirschwasser (cherry brandy), the mix-master made kirsch a star ingredient in the new cocktail. He wound up with a refreshing drink that’s sort of like a Kirsch Collins. Perfect for chasing away summer’s heat. 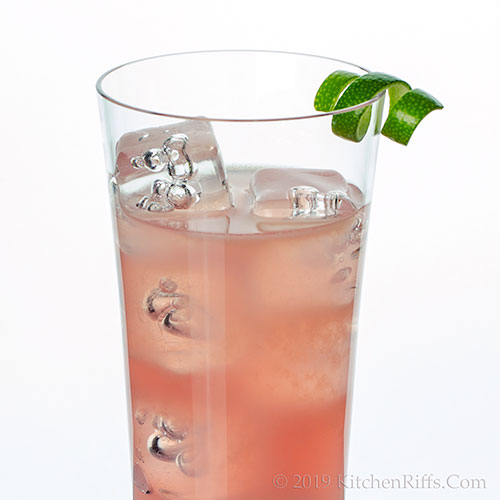 Recipe: A Farewell to Hemingway Cocktail

Kirschwasser (aka kirsch) is dry cherry brandy. It’s most commonly served neat, in small glasses, as a pre- or post-dinner drink. But it also makes a wonderful cocktail ingredient.

We learned about this drink from Philip Greene’s To Have and Have Another, an excellent guide to the world of cocktails that Hemingway enjoyed. 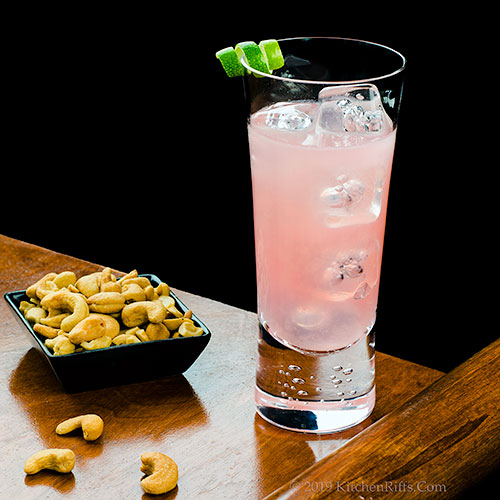 “The cocktail is a fine thing,” said Mrs. Kitchen Riffs. “And worth fighting for.”

“All you have to do is mix one true drink,” I said. “Mix the truest drink you know.”

“This drink makes me feel superior to my former self,” said Mrs K R.

“Every day holding the cocktail shaker is a good day,” I said.

“In order to write about drinking, first you must drink,” said Mrs K R.

“But we should drink no more than two of these,” I said. “Lest we run across the river and into the trees.”

“More than two would mean death in the afternoon,” said Mrs K R.

And a farewell to Riffs.