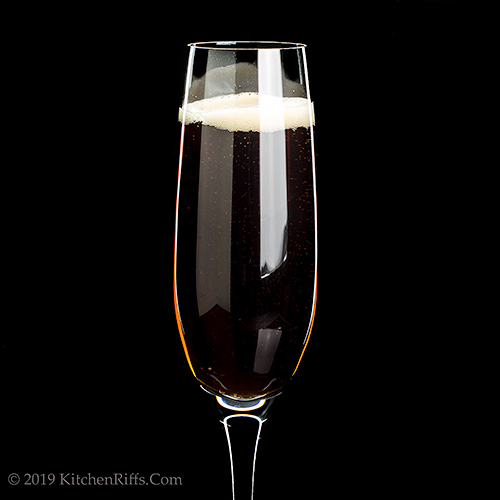 This delightful mix of Guinness and Champagne is perfect for St. Pat’s

The Black Velvet is soft, smooth, and well . . . velvety. Guinness adds dark richness to the sparkle of champagne.

So forget the green beer. This St Patrick’s Day, make it brew and bubbles. 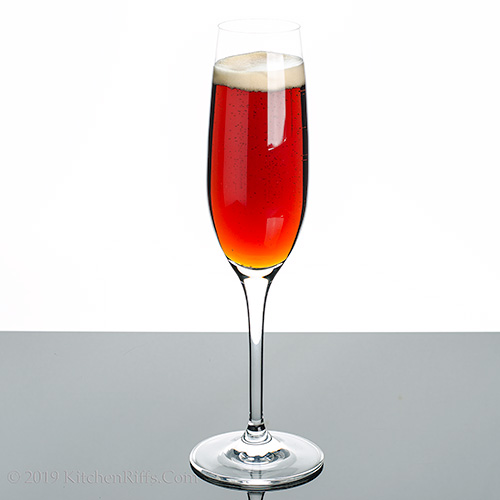 The classic version of this drink calls for equal measures of champagne and Guinness stout. But you can alter that ratio if you wish (see Notes).

You can serve this cocktail in a Collins (tall) glass, as many drinkers do. We prefer a champagne flute. A beer tankard or pilsner glass would work too. 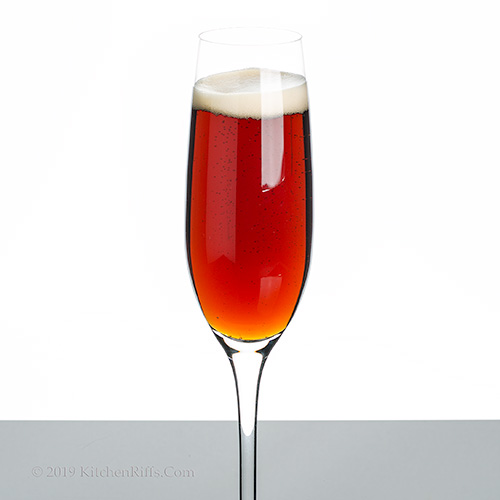 Prince Albert in a Can

“So that story about the origins of the Black Velvet,” said Mrs Kitchen Riffs. “Is it true?”

“No one is really sure,” I said. “Cocktail history can be a bit murky.”

“Not surprising,” said Mrs K R. “Since those who record it have had a few.”

“After a couple cans of Guinness, I feel like a prince among men,” I said.

“The gentlemen at Brooks’s may have been royally flushed,” said Mrs K R.

“And we know what imbibing can do to memories,” I said.

That’s our story, and we’re sticking to it.