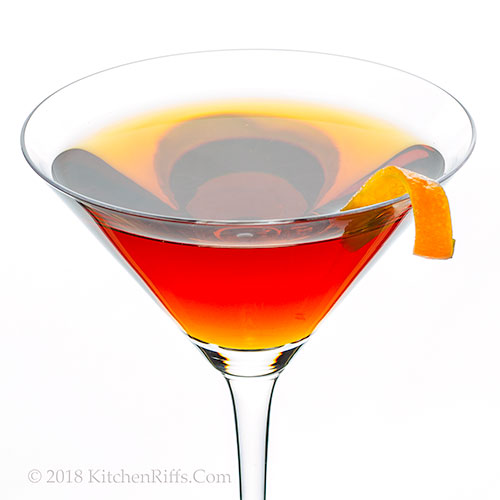 The second Monday in October is coming up (on October 8, to be exact). And that means Canadian Thanksgiving!

What better way to celebrate than with a toast? And what better drink than the Toronto Cocktail? It’s named after Canada’s most populous city, the capital of Ontario — and a great city to visit.

So here’s to Canada: One of the best neighbors, ever. 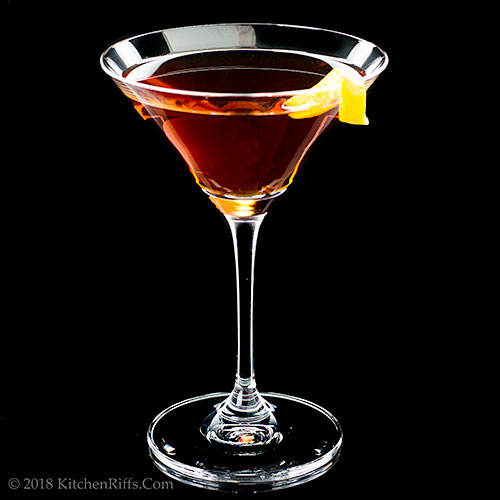 The Toronto Cocktail is a hearty mix of Canadian whiskey, Fernet-Branca, simple syrup, and bitters. The addition of Fernet-Branca (a bitter herbal liqueur from Italy) gives this drink some zip, as red vermouth does in a Manhattan. But the bitterness is tempered by sweetness, so it also reminds us of an Old-Fashioned. In fact, we think of it as a cross between those two drinks.

This drink traditionally is made with Canadian whiskey, which contains rye. But Canadian whiskey tends to be lighter and smoother than American-made rye whiskey. That’s because it often contains a high percentage of neutral grain spirits, which contribute to the alcoholic quotient of the whiskey but don’t add much flavor.

Most of the Canadian whiskeys sold in the US are rye-neutral blends. But you can find unblended Canadian rye whiskey as well, and that’s our preference for this drink. More about that in the Notes. 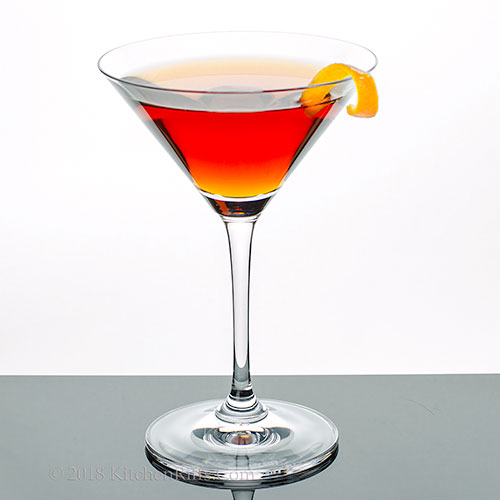 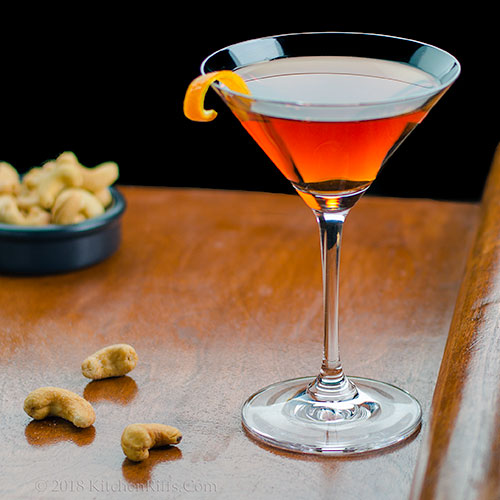 Bring on the Turkey!

“Great idea to celebrate Canadian Thanksgiving,” said Mrs. Kitchen Riffs. “In addition to the US version.”

“Indeed,” I said. “Twice the toasting. And double the turkey.”

“Plus, there are almost no Christmas decorations in the stores yet,” said Mrs K R. “So we can give thanks without worrying about the invading Black Friday hordes.”

You may also enjoy reading about:
Manhattan Cocktail
Old-Fashioned Cocktail
Fanciulli Cocktail
Vieux Carré Cocktail
Boulevardier Cocktail
Sazerac Cocktail
Or check out the index for more
Posted by Kitchen Riffs at 8:30 AM