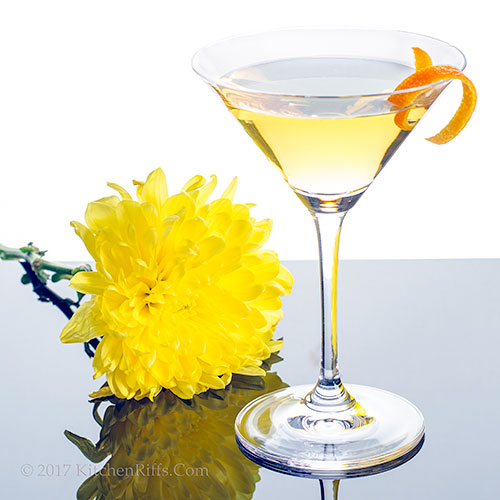 Light, bracing – and pretty as a flower

Need a drink that won’t knock you off your game? The Chrysanthemum is here for you. It doesn’t contain a base spirit, so the alcohol quotient is moderate. And its rich, aromatic flavor is so satisfying that you won’t miss the extra alcohol.

The Chrysanthemum works well as an afternoon pick-me-up or predinner drink. Especially this time of year, when its eponymous flower reaches peak bloom.

Fall is perfect for planting. And you’ll definitely want this one in your garden of cocktail delights. 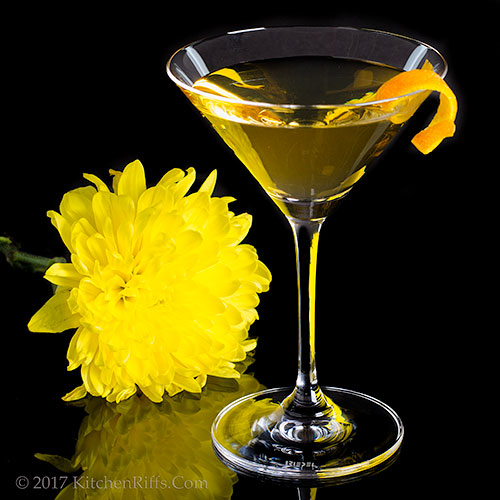 The Chrysanthemum contains dry vermouth and Bénédictine liqueur, with a small amount of absinthe for seasoning. It’s unusual in that it contains no “base” liquor (no gin, whiskey, vodka, tequila, brandy, or rum). So its alcohol content is lower than that of most traditional cocktails.

A recipe for the Chrysanthemum first appeared in print in Hugo Ensslin’s 1916 Recipes for Mixed Drinks. Ensslin called for equal parts of dry vermouth and Bénédictine – making his recipe way too sweet for modern tastes. Today, most bartenders make this drink with 2 parts dry vermouth to 1 part Bénédictine. There’s still a kiss of sweetness to the drink, but one that’s pleasant, not cloying. It’s definitely dry enough to serve as a pleasing predinner cocktail. 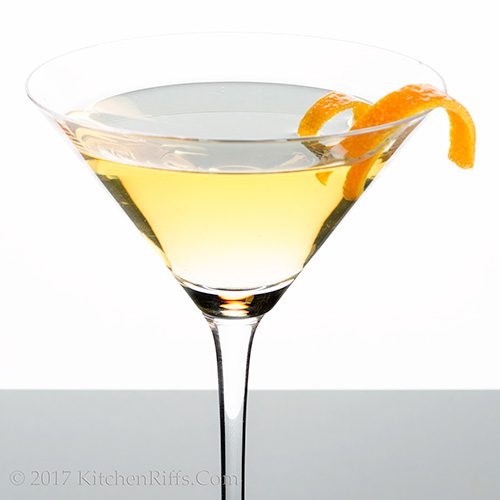 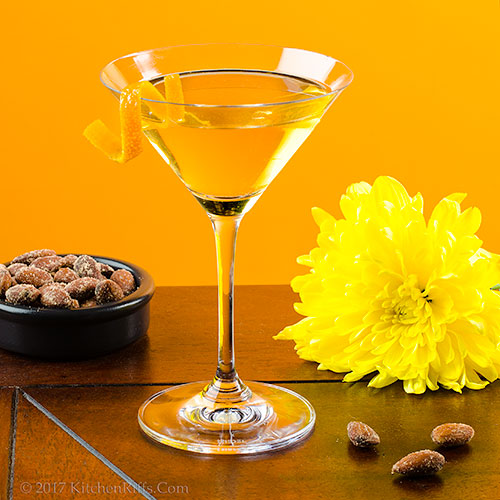 Turn On, Tune In, Drink Up

“Makes me want to wear some flowers in my hair,” I said.

“Not the mature blossoms we are now,” I said.

“Every flower must grow through dirt,” said Mrs K R.