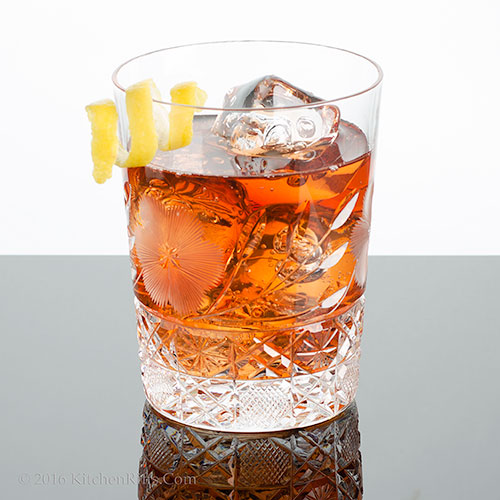 Next Tuesday is election day in the US. Finally.

You’ll need a drink, of course – whether to celebrate victory or console yourself in loss. And you’ll want something bracing, with a bit of authority to it.

May we suggest a Pink Gin? It works great as a pre-dinner drink (the austere but perky flavor can wake up the tiredest taste buds). But it also makes a great libation when you just, well, want a drink. Or need one.

So here’s a toast to the end of campaign season. At last. 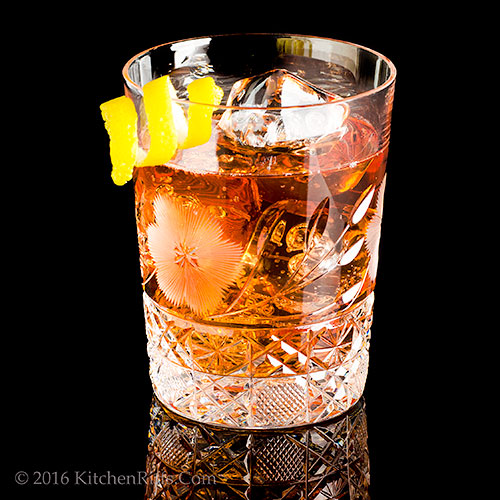 The Pink Gin Cocktail was developed during the early to mid-19th century, probably by someone in the British Royal Navy. His name is forgotten, but clearly he was a man of genius.

At that time, seafaring folk got a daily ration of alcohol. Rum was the most common spirit, but they consumed plenty of gin, too. Someone decided to add a few dashes of bitters to his daily tot of gin, and the Pink Gin Cocktail was born.

British sailors tended to drink Plymouth gin – i.e., gin that was distilled in the seaside town of Plymouth. Plymouth is a major port in southwest England (the Pilgrims set sail from there on their way to New England), and home to many naval ships.

BTW, British tars probably drank their Pink Gins warm. We’re not that Gunga Din, so we like to serve ours on the rocks. Some people like to shake the drink with ice and serve it “up” in a cocktail glass. 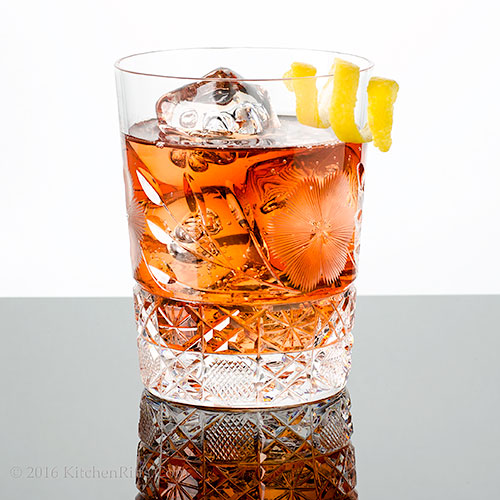 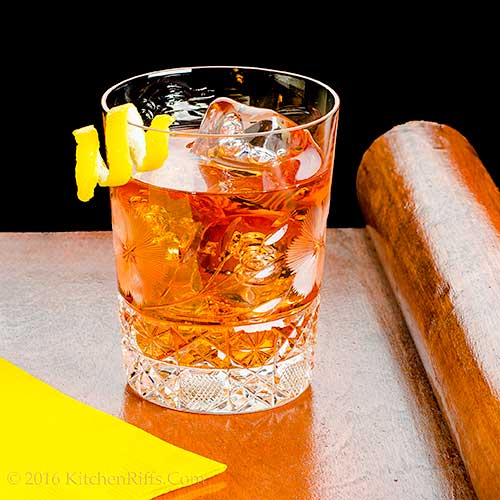 “This drink is nice and strong,” said Mrs. Kitchen Riffs. “Just what I need to get through the end of campaign season.”

“Yup, this definitely is a grown-up drink,” I said. “Because elections are not child’s play.”

“Despite appearances to the contrary,” said Mrs K R.

“And it looks like the mud fighting will go on until the bitter end,” I said.

“The bitter fruits of politics,” said Mrs K R. “Not my favorite flavor.”

“Until the next election,” said Mrs K R.

You may also enjoy reading about:
Martini Cocktail
The Ward Eight Cocktail
The Bronx Cocktail
The Betsy Ross Cocktail
Cocktail Basics
The Jack Rose Cocktail
Or check out the index for more
Posted by Kitchen Riffs at 8:30 AM