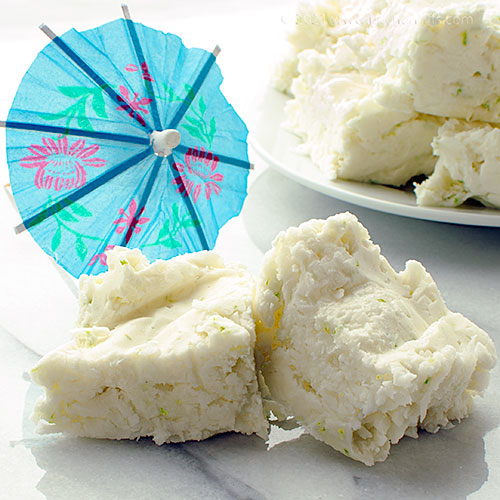 Make this booze-free, no-cook beauty in a mixer

Craving sweets but don’t want to turn on the oven during hot summer days? We have the answer!

You can make this addictive Piña Colada Fudge in mere minutes, using just a mixer.

Unlike a real Piña Colada, this one has no rum in it. But you can always accompany it with a tipple if you wish. Because summer. 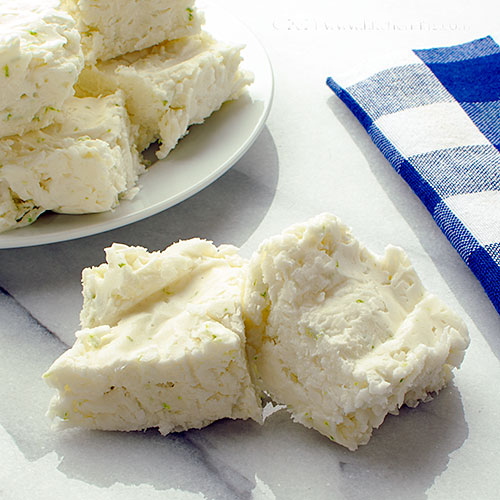 Mrs. Kitchen Riffs is the dessert maven in our household, and this is her creation. It was inspired by an aunt of hers who taught her this quick mixer method for making fudge decades ago. It’s not actually fudge in the classic sense, but something more like cake frosting with attitude. It looks like fudge and has the same consistency, though. So fudge, we say.

A Piña Colada cocktail is a delightful mixture of coconut, pineapple, and rum. We’re skipping the rum, but go heavy on coconut and pineapple extract to create a flavor that’s remarkably similar to the liquid version. And we’ve added some lime for interest.

This recipe requires about 15 minutes of active time. Then you need to cool the fudge in the refrigerator (so it can solidify) before you shape or cut it. That will take about two hours (though you can speed things up a bit by putting it in the freezer).

Yield depends on how large you cut the pieces, but figure on about 3 dozen 1-inch squares.

Leftovers keep for a week or so if refrigerated in an airtight container. 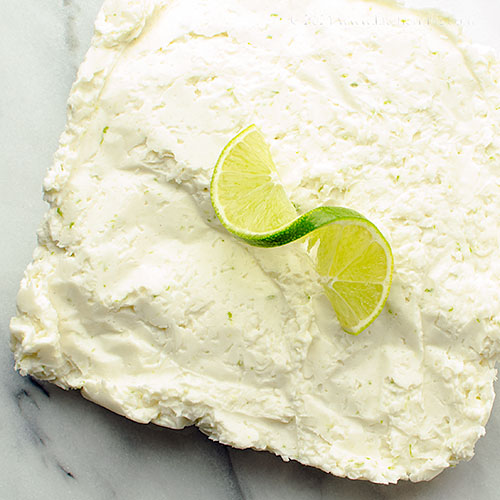 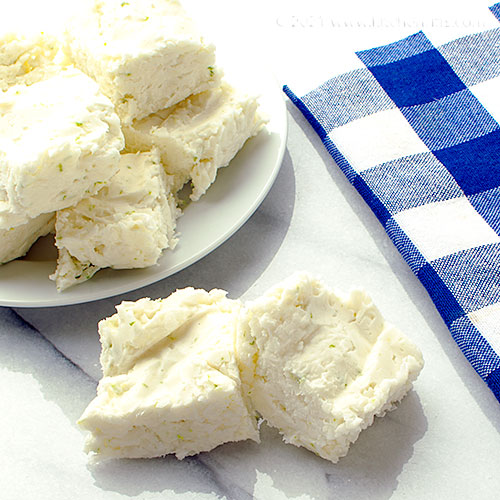 “This really does taste a like a Piña Colada cocktail,” I said. “All it needs is a little umbrella.”

“Now you’re making me thirsty,” I said. “Maybe we should mix ourselves an actual Piña Colada to accompany our fudge.”

Not to mention double sipping.