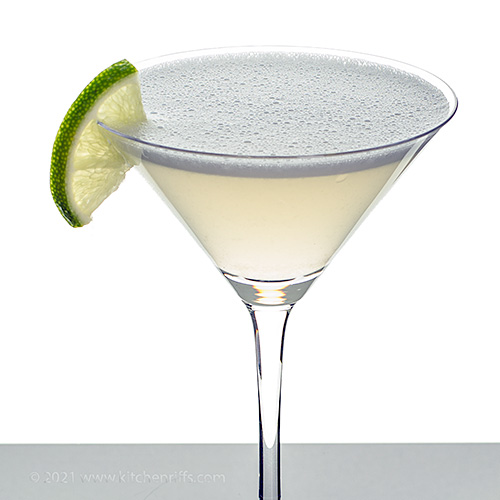 Margaritas are luscious. But maybe you’re ready for advanced imbibing?

Enter the Prado Cocktail, which takes Margarita magic to the next level. It substitutes maraschino liqueur for triple sec, making for edgier flavor. And it incorporates egg white, which adds a great-looking foamy head to the drink. 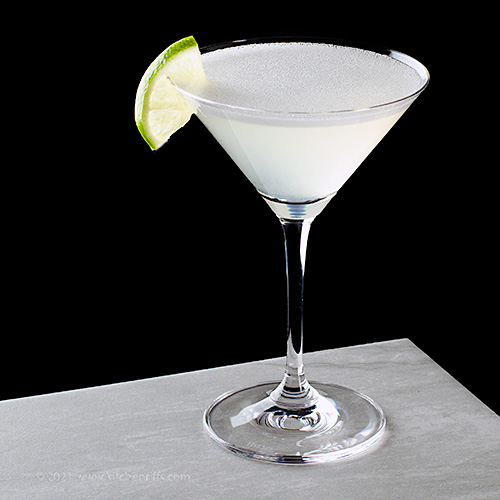 The Prado Cocktail traditionally is made with tequila, maraschino liqueur, lime juice, and egg white. It’s even better with mezcal.

Egg whites add foamy fun to cocktails. But separating eggs can be a pain (plus there’s the raw-egg health risk). Well, good news! We’ve discovered a commercial egg-white substitute that’s easy to use and good quality. More in the Notes.

This recipe takes about 5 minutes to make and serves 1. 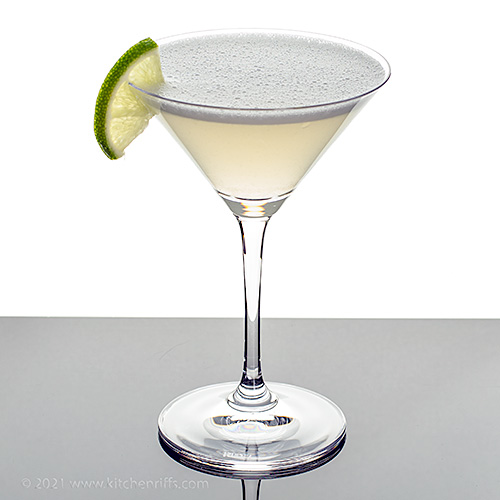 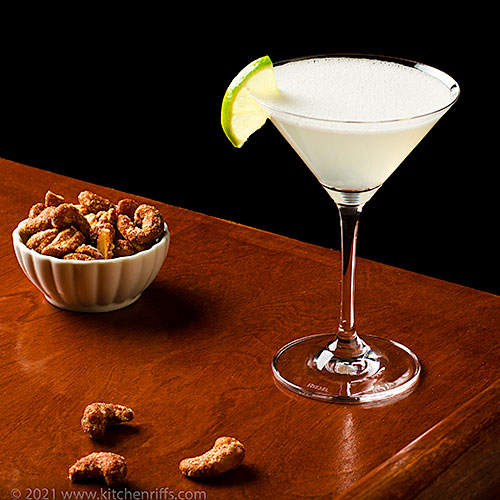 “Taste test time!” said Mrs. Kitchen Riffs, exchanging her glass for mine. “Which version do you like better, tequila or mezcal?”

“They’re both delish,” I said. “But I really like the one you’re drinking now. Let’s switch again.”

“I’m losing track of which is which,” said Mrs K R, handing me her glass.

“The mezcal version is definitely better,” I said. “More pizzazz.”

“You probably got the worm,” said Mrs K R.