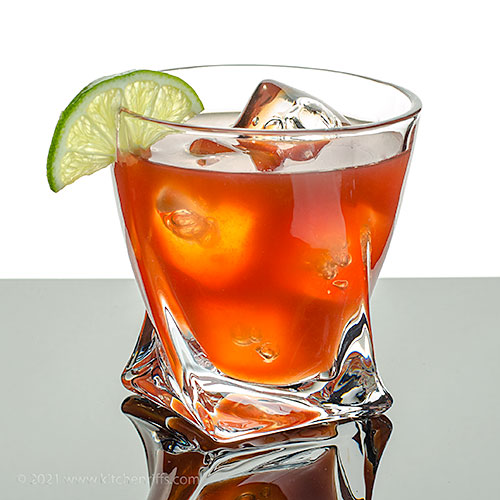 Sip one of these while watching the Oscars

April brings both the Oscar awards and the birthday of film favorite Sir Charles Spencer Chaplin (born April 16, 1889). What better way to celebrate than with the Charlie Chaplin Cocktail?

It combines sloe gin, apricot brandy, and fresh lime juice in a sprightly mix that shouts spring. Show-stopping flavor, you might say.

Get the popcorn ready. 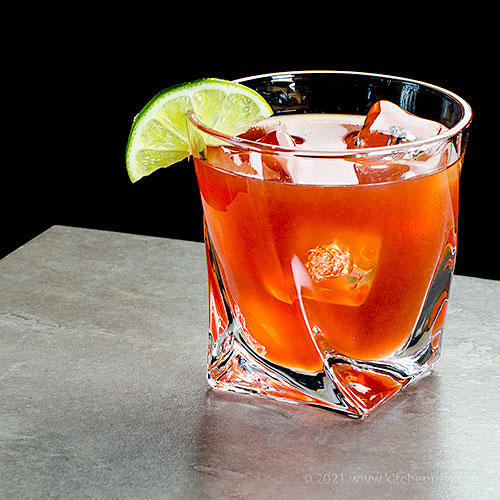 The Charlie Chaplin requires equal amounts of sloe gin, apricot brandy, and freshly squeezed lime juice. Sounds like an unlikely combination, but it works. It’s a bit on the sweet side, though – so a salty snack like popcorn would be a welcome accompaniment (salt helps counterbalance the sweetness).

It’s traditional to serve this drink “up” in a cocktail glass, but we think it works better on the rocks. Melting ice tempers the potentially cloying flavor of the apricot brandy. 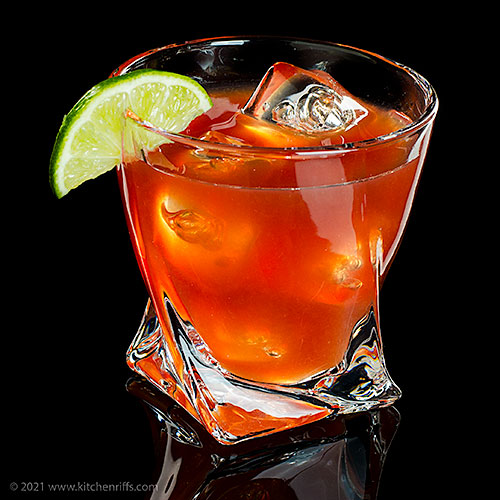 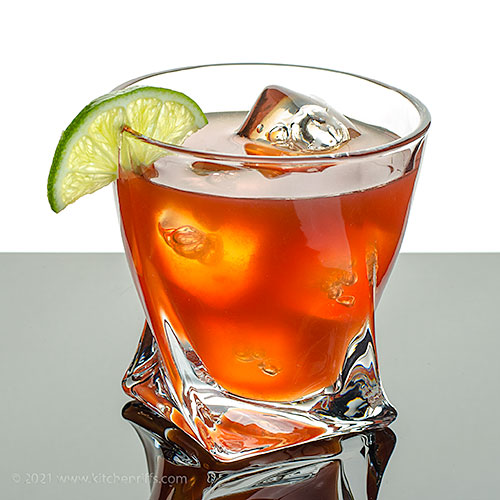 “Mmm,” said Mrs Kitchen Riffs. “Sweet but not too sweet.”

“True,” said Mrs K R. “You have an eye for the obvious. But you know what Charlie Chaplin said about comedy?”

“What would that be, my little film critic?” I said.

“That it’s sort of funny when someone slips on a banana peel,” said Mrs K R. “But even funnier when the person steps over the banana peel, congratulates himself, then disappears down an open manhole.”

Of course, that would never happen to me.