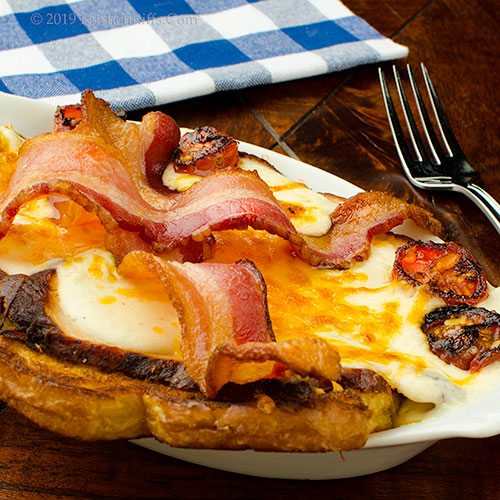 This legendary dish is the perfect home for leftover turkey

Thanksgiving dinner is grand. But then come the leftovers. Turkey again?

No worries. Give those stray slices some swagger in this scrumptious sandwich.

It’s quick and easy to make. So you can get out of the kitchen in plenty of time for those Black Friday sales. 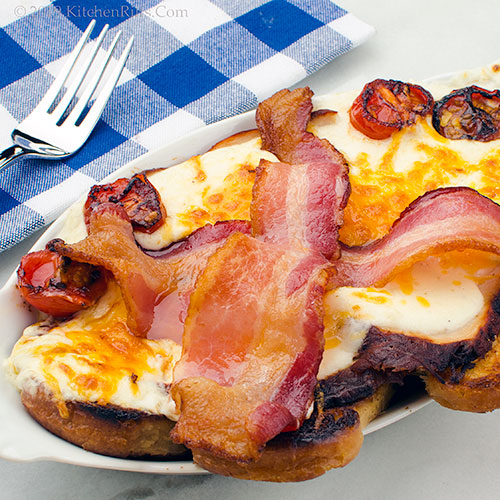 This dish, which dates back to the 1920s, originated at the Brown Hotel in Louisville, Kentucky.

The Kentucky Hot Brown is basically a carnivore’s Welsh Rarebit: You layer turkey slices over toast, cover them with Mornay sauce, slide the sandwich under a broiler to heat (and brown) the top, then garnish and serve.

This dish takes about 15 minutes to make (including prep time).

The recipe serves two, but you can easily double or triple it. 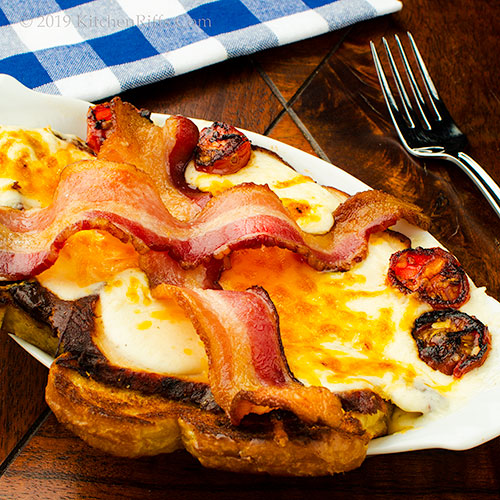 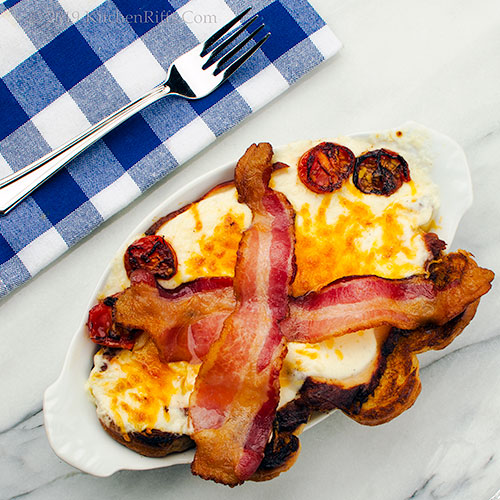 “Too bad there are no Thanksgiving carols,” said Mrs. Kitchen Riffs. “I’d serenade this sandwich.”

“Sing away,” I said. “It’ll be better than all that cheesy Christmas music we’re starting to hear everywhere.”

“If I’m going to have cheese, I’d prefer it in Mornay sauce,” said Mrs K R. “Can’t they wait until December 1 to start with the cheery chimes?”

“At least we can sandwich this dish in during the holiday season,” I said. “It will soothe our jangled – or is that jingled? – nerves.”

“I’d pay for Rudolph’s nose job if it meant I didn’t have to listen to his song anymore,” said Mrs K R.

You may also enjoy reading about:
Welsh Rarebit
Pimento Cheese
Beer Bread
Easy No-Knead Homemade Bread
Candied Bacon
Chicken or Turkey Tetrazzini
Old-School Macaroni and Cheese
Or check out the index for more
Posted by Kitchen Riffs at 8:30 AM