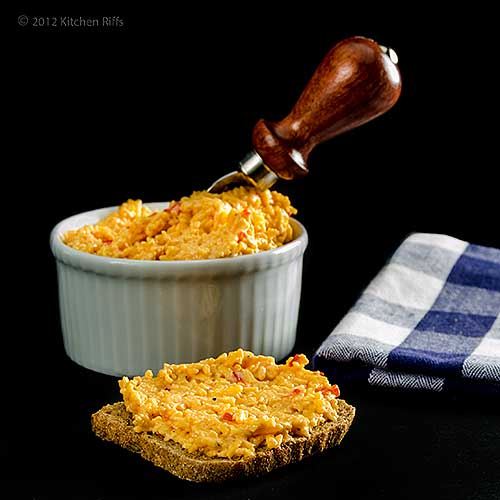 This Southern Spread is Perfect for Parties

Need an idea for a party appetizer?  Something you can spread on crackers, or maybe make into bite-size sandwiches using those miniature loaves of party rye?

How about Pimento Cheese?  This great tasting combination of cheddar cheese and pimentos is a much-loved indulgence in the southern United States. And it’s becoming popular throughout the rest of the country, especially at New Years’ Eve and Superbowl parties.

You can buy commercially prepared Pimento Cheese at many grocery stores these days, but it’s nothing like homemade. And when you make it yourself, you can spice it up (or not) to suit your own taste. Best of all, it takes literally minutes to make. It’s so simple, an eight year old (or even a non-cooking spouse!) can make it.

If Pimento Cheese is new to you, you’ve got a treat in store. But you might want to make a double batch. Once you taste it, you’ll be eating lots of it — just to make up for all that lost time. 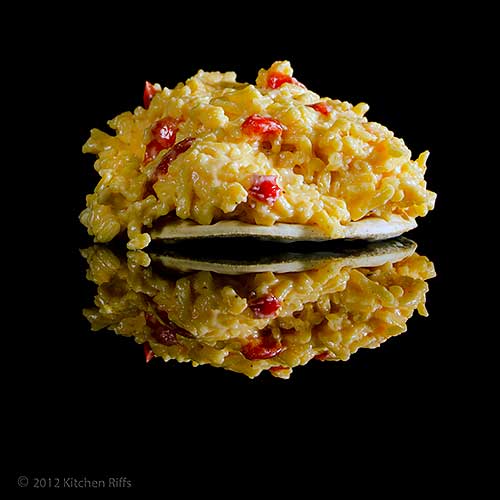 To make Pimento Cheese, you just combine grated cheese (usually cheddar, and IMO the sharper the better) with canned pimentos, mayonnaise, and seasonings.  That’s it!

You can vary the recipe to suit your own taste:  Use different types of cheese(s), use roasted fresh red peppers instead of canned pimentos, add garlic or onion, or whatever.  We’ll discuss some variations in the Notes.  But for my money, the basic original recipe is the best.  Even so, you’ll want to taste this dish as you’re preparing it, and adjust ingredient quantities to suit yourself.

This recipe takes about 5 minutes to prepare (plus at least 2 hours to chill in the refrigerator so the flavors comingle).  It yields about 1½ cups, but I usually double the quantity.  You can store Pimento Cheese in an airtight container in the fridge for up to a week. 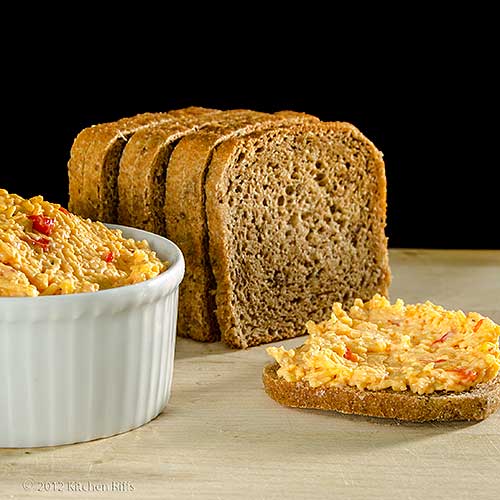 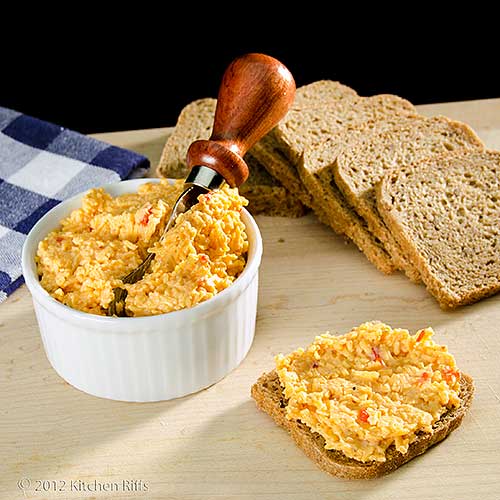 Bring on the New Year Celebrations!

Pimento Cheese is excellent party fare.  So maybe you’ll want to feature it at your annual New Year’s Eve extravaganza?  It’s almost guaranteed to be a hit.

Or how about Salmon Cream Cheese Dip? We haven’t talked about that one yet. But I’ll feature it in my next post — the last one of the year!