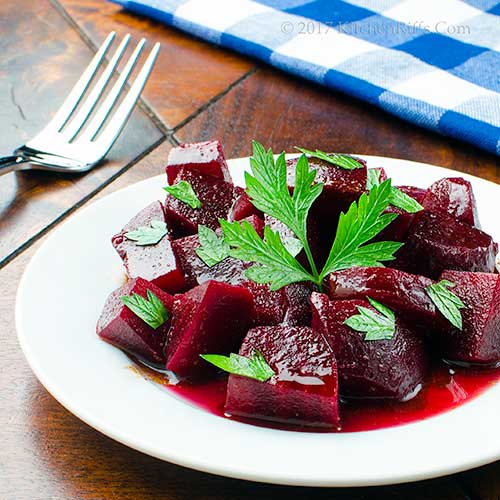 Beets are autumn on a plate. And in this dish, Moroccan spices heighten their already-enticing flavor (not to mention their aroma). Best of all, the recipe is easy to make.

So you get sensory overload on a slacker schedule. Our kind of dish! 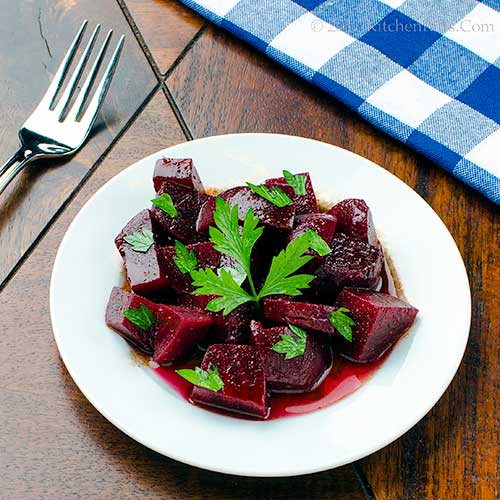 We use traditional red beets in this dish, but golden beets would work just as well.

You can roast or boil the beets for this recipe – we give instructions for both. Roasting yields slightly better flavor, but boiling is easier.

This recipe was adapted from Paula Wolfert’s Couscous and Other Good Foods from Morocco. The original book has been out of print for a while, but a revised edition is available.

Prep time for this dish is about 40 minutes, much of it unattended (30 minutes or so for cooking the beets, plus another 10 minutes for putting the salad together). Then you should let the salad sit for at least an hour (2 or 3 hours is better) so the flavors blend together.

This recipe yields 4 starter-size servings. Leftovers keep for a day or two if refrigerated in an airtight container. 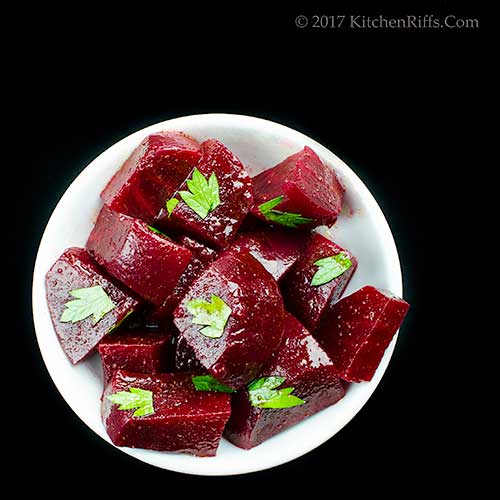 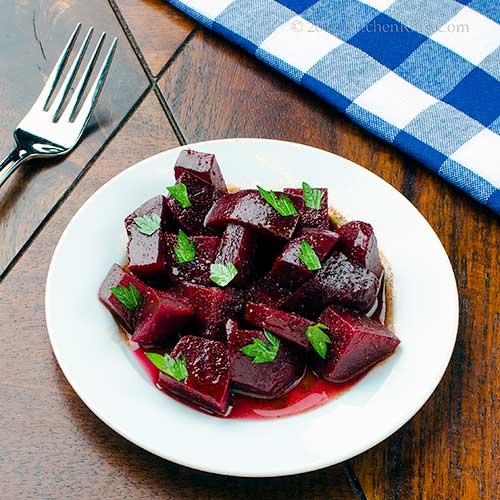 “Orange you glad I thought of it?” I said.

“Just spicing up the conversation,” I said.

“Watch it paprika boy, you could get smoked,” said Mrs K R.