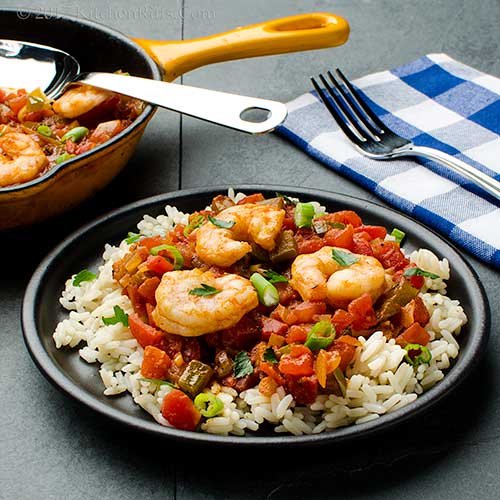 Mardi Gras – aka Fat Tuesday – is next week. And you know what that means, right?

Even if you don’t have much time to cook, you can whip up the perfect dish. Shrimp Creole (a classic dish made all over Louisiana) is extremely fast to put together.

Which works for us. Because less time in the kitchen means more time to eat and drink. And party! 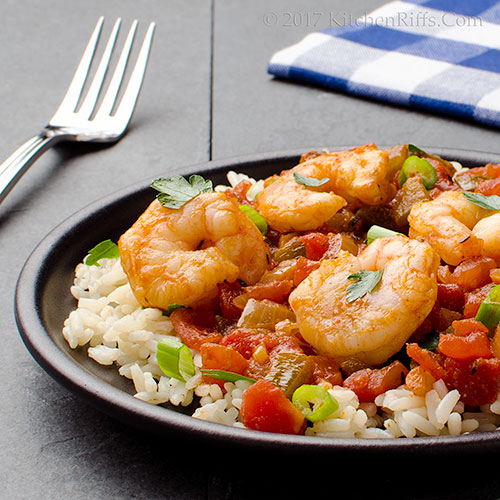 For Shrimp Creole, you first need to make a spicy tomato sauce. Then cook the shrimp in the sauce until done (this takes mere minutes). Most people serve the dish on a bed of white rice, though you can substitute brown rice if you prefer. Or you could even use Polenta or Grits.

You could make a long-cooking tomato sauce for Shrimp Creole (and some cooks do this). But we prefer a quicker sauce, one that cooks in 15 minutes or so. It tastes fresher to us – and it’s a lot easier, too.

Prep time for this dish is about 10 minutes. Cooking time adds another 30 minutes or so.

This recipe yields 4 servings, but It’s an easy dish to scale up or down.

Leftovers keep for a day or two if refrigerated in an airtight container. 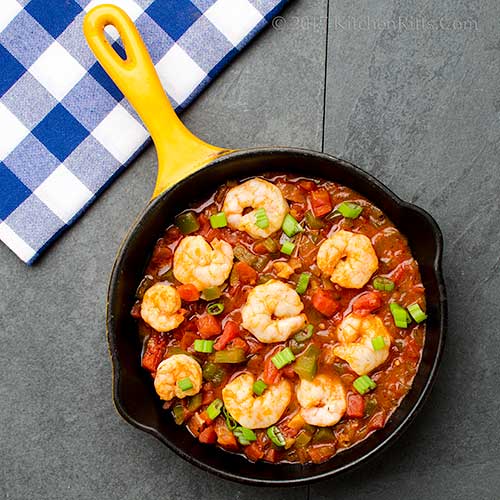 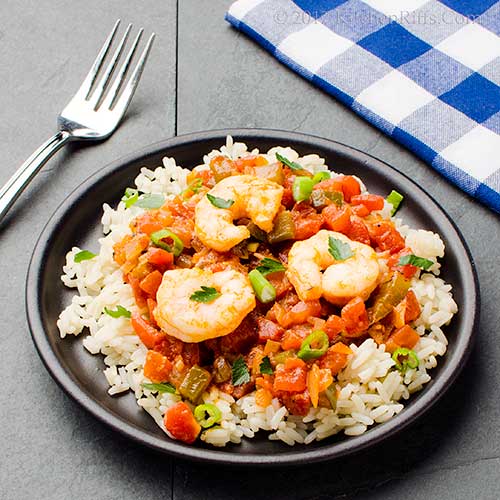 “But it’s so hard to choose,” I said. “Which is better, Shrimp Creole or Chicken and Andouille Gumbo?”

“Excellent dishes all,” I said. “But then we have to decide what to drink. There’s that New Orleans original, The Vieux Carré Cocktail. But who can resist a Sazerac? Decisions, decisions.”

“I kind of favor the Hurricane Cocktail,” said Mrs K R. “Although the Milk Punch is a popular New Orleans tipple, too. We could even have a Planter’s Punch. It’s a Tiki drink, but they sip plenty of them in New Orleans.”

“Maybe we should try all these eats and drinks!” I said. “After all, Mardi Gras only comes around once a year.”

“Well,” said Mrs K R. “Consume all of that and you’ll definitely put the Fat into Tuesday.”