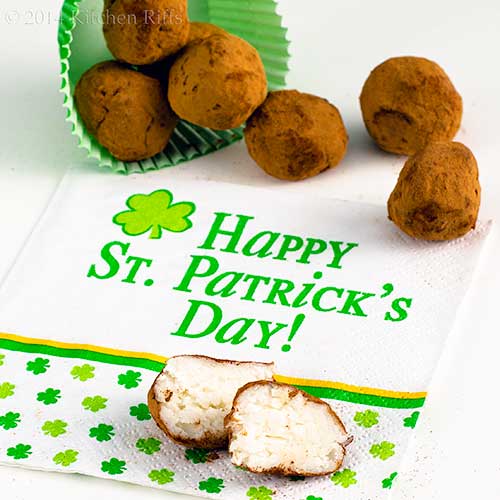 How about Philadelphia? You may think Philly cheese steaks, hoagies, and soft pretzels. But Irish Potato Candy? Maybe you haven’t heard of this treat.

Irish Potato Candy is a traditional Philly confection that (despite its name) did not originate in Ireland. Nor does it contain potato. But the shape of these candies and their reddish-brown coating make them look like little round spuds—hence the name.

These candies may sound a bit odd, but wait until you bite into one of these diminutive darlings. Their flavor is no small potatoes. 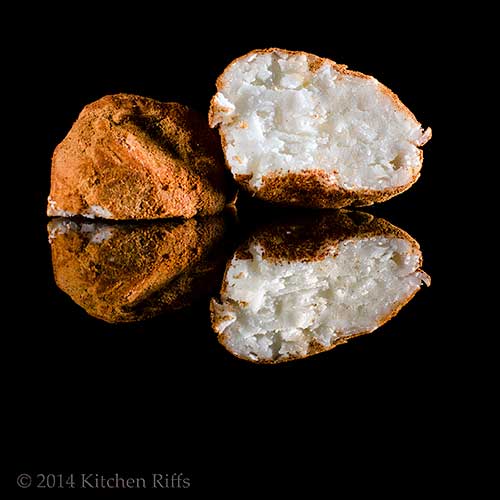 The first commercial version of this confection was brought to market as Oh Ryan’s Irish Potatoes over 100 years ago. The company releases a new batch each year around St. Patrick’s Day, so the name “Irish Potato” was a natural. Oh Ryan’s market is centered on the Philadelphia area, though their products are now sometimes available elsewhere in the US. You can also find them online, and See’s Candies offers a similar confection.

But why buy when you can make your own? They’ll be fresher, so they’ll taste great. And they won’t contain preservatives.

Mrs. Kitchen Riffs is the confectioner in our household. She adapted this recipe from one she found on Allrecipes.com.

This recipe yields about 4 dozen pieces. They keep well for several days if stored in an airtight container in the fridge. 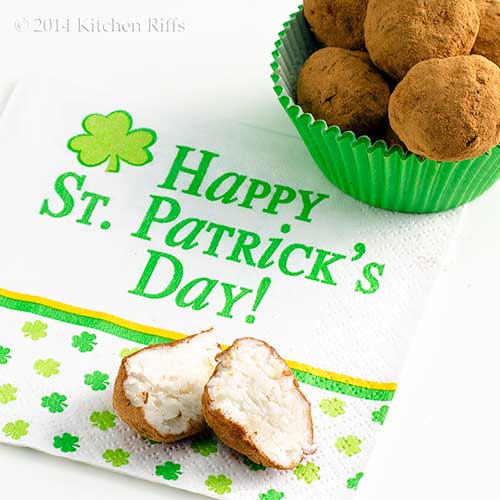 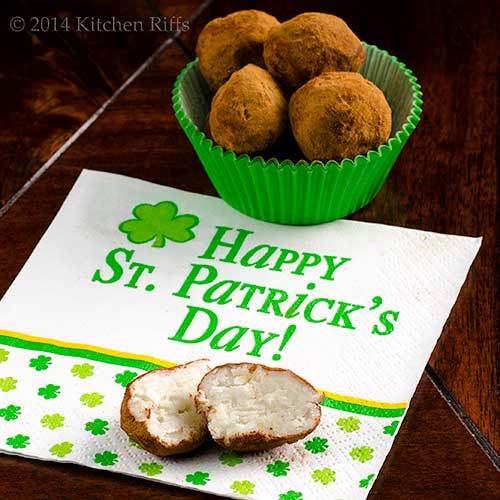 “Yum,” I said. “These Irish Potato Candies remind me of my childhood back in Philadelphia.” (My family lived there until I was about 11 years old.)

“Too bad you couldn’t find these after you moved to St Louis,” said Mrs. Kitchen Riffs.

“Yeah, I eventually forgot all about them,” I said. “Until we saw them in a local store a couple years ago.”

“I think we bought out their entire supply,” laughed Mrs K R. “But then I decided to make them myself, so I kept my eyes, um, peeled for a recipe.”

“I’m glad you did,” I said. “These are much better than the commercial ones. But that pun? Kinda half-baked.”

“That was pretty pomme de terre-ible,” said Mrs K R. “But these candies are no couch potatoes.”

If this keeps up, I’ll be Dublin over.