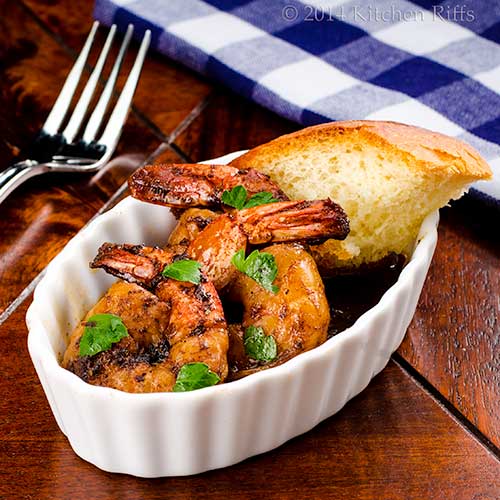 If there were a “truth in advertising” law for recipes, this one would get busted. Because New Orleans Barbecue Shrimp isn’t really barbecue at all. And shrimp don’t even play the leading role. Instead, it’s the sauce you’re after—a butter-heavy dunking mix that’s liberally spiced (and delightfully seasoned with garlic). You’ll want to mop up every last drop with crusty French bread.

Given the amount of butter in the sauce, this dish clearly is no diet food. But did you really expect it to be, with “New Orleans” in the name? That part, at least, is for real. 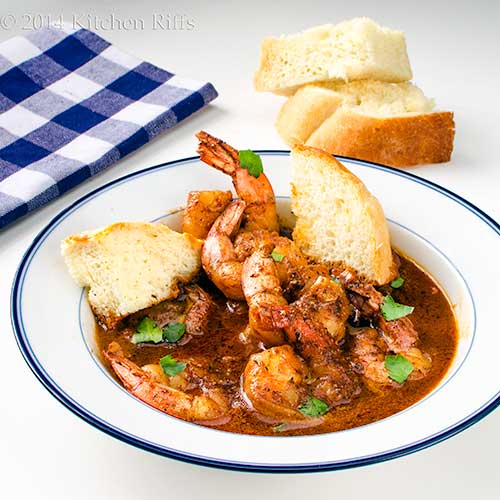 Technically, the word “barbecue” refers to long, slow cooking over a smoky wood fire. So this dish clearly falls short. But who cares when the flavor is so outstanding?

Restaurant versions of this dish usually feature huge, head-on unshelled shrimp (sized about 9 to 11 to the pound). Restaurants typically bake the dish in a butter sauce in the oven, generally in large quantities. For home cooks, this approach is a bit impractical. Instead, it’s easier for us to make this dish on top of the stove—especially since it cooks quickly (and we’re not preparing enough to feed a restaurant full of people). And although those big head-on shrimp contribute lots of fat and flavor, most of us just don’t have access to shrimp that size. For us, it’s easier to use headless tail-on shrimp in the 21/25 size range (i.e., 21 to 25 shrimp per pound).

This dish originated at Pascal’s Manale Restaurant sometime in the 1950s (today you can find it at many other New Orleans restaurants as well). My recipe for New Orleans Barbecue Shrimp has changed quite a bit over the years as I have adopted and discarded ideas from various sources. The version I discuss here is heavily influenced by the original Pascal’s Manale rendition—which Mark DeFelice, the restaurant’s current chef, describes in this video.

Prep time for this dish is about 10 minutes, with cooking time of perhaps another 10 minutes or so.

You can serve New Orleans Barbecue Shrimp as either a first-course or a main dish. This recipe yields 4 to 6 first-course servings, or about 2 hearty main-dish servings. 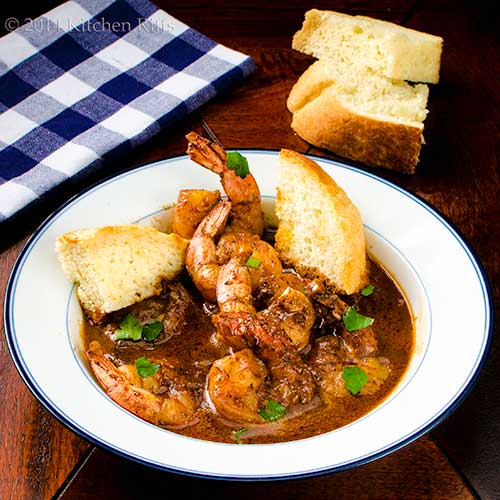 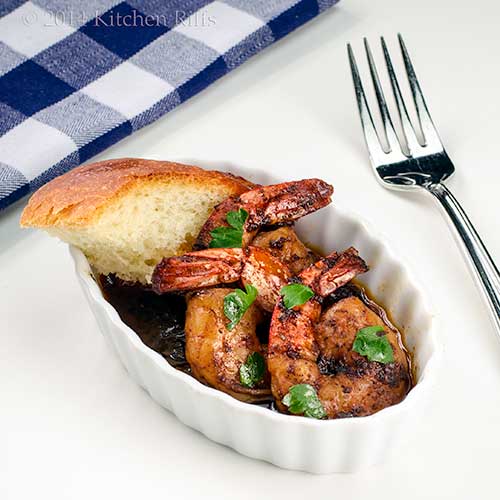 “It’s wonderful,” I agreed, dunking a hunk of bread. “And very rich.”

“Yeah, when I first saw the recipe, I thought maybe there was a typo,” said Mrs K R.

“Why, because there was no barbecue in the dish?” I asked.

“No, because it called for 10 tablespoons of butter,” said Mrs K R. “Also known as 1¼ sticks. For a mere pound of shrimp.”

“So, were you planning to correct me, Madame Editor?”

“Nah,” she said. “You know what the tabloids say. Some stories are just too good to check.”

You may also enjoy reading about:
Chicken and Andouille Sausage Gumbo
Red Beans and Rice
Scallops on Artichoke Scoops
Poached Salmon
Fennel Soup with Shrimp and Beans
Or check out the index for more recipes