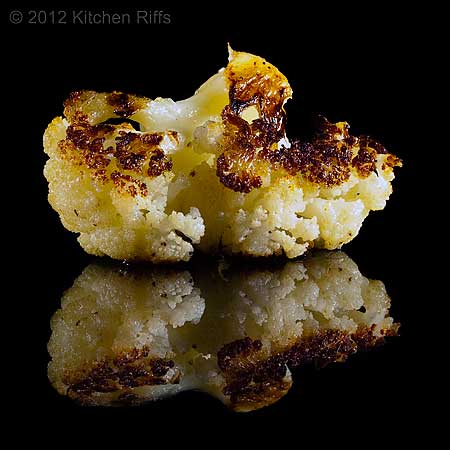 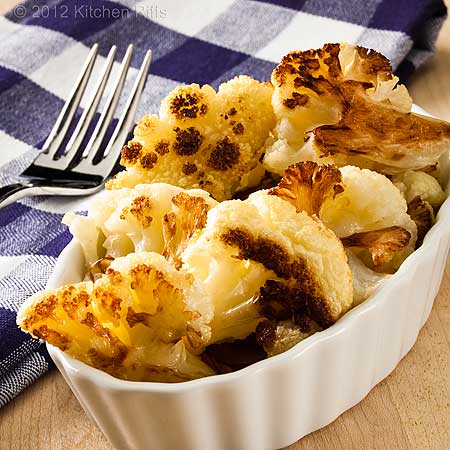 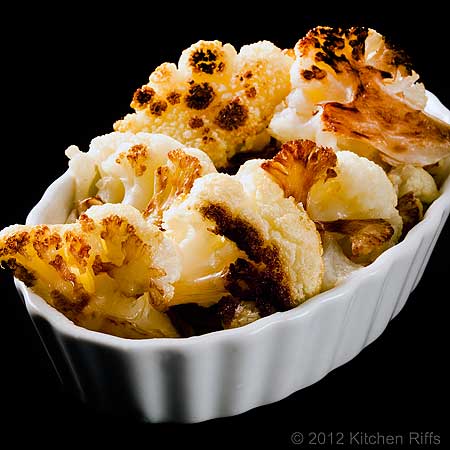 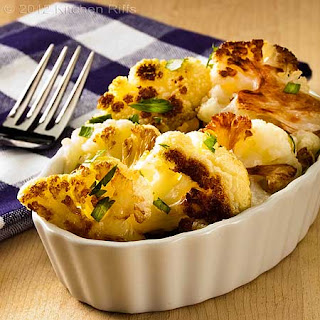 Oh ... I love roasted cauliflower! And hopefully more people will too after this great post!

Hi Kimberly, it's really good stuff, isn't it? Thanks for the compliment! And the comment.

I love, love, love roasted cauliflower (roasted broccoli is also to die for)! Yours looks delish as always. Often we have it with a bit of grated Parmesan on top. Makes for a great side.

Hi Katherine, agree about the broccoli. And that's another vegetable that people who don't "like" it will enjoy if it's roasted. Thanks for the kind words, and for stopping by.

You make everything look so good. But this is good. I often do it like this and it makes me feel healthy! But what is funny is sometimes I top it with a curry sauce so I can't wait to see the next posting.

Hi, This is How I Cook - thanks for the compliment! Roast Cauliflower is awesome, and I agree it (or cauliflower in any form) is great with curry. Thanks for commenting.

The Dinner Belle for Kimberlybelle.com said...

I was one of those people! I did not like cauliflower until I had it roasted and with a bit of spice. I love add some chili flake and then its good to eat plain or mixed into mac and cheese.

The Dinner Belle for Kimberlybelle.com

I love cauliflower and often make it to accompany with a lentil and rice. This roasted one looks yummy!!!

@The Dinner Belle, mixing Roast Cauliflower with mac & cheese is a great idea! I'll have to try that. Thanks.

@Asmita, I love cauliflower in all its forms. I agree it goes well with lentils and rice (and Indian spices).

@both: thanks for your comments!

I love cauliflower! I've made roast cauliflower before and it's just as good as the deep fried version my mother used to make.

Hi, Mrs. Measurement, Roast Cauliflower is wonderful, isn't it? I haven't had the deep fried version for a year or two, and I agree it's great too. I'll have to try some soon. Thanks for your comment.

National soup, oatmeal and tea month? Who knew! Since I love all three, I'm happy. You are so right, roasted cauliflower is fantastic and so is your soup!

Hi motherrimmy, Roast Cauliflower is wonderful. Thanks for the compliment for this recipe, and for my Curried Cauliflower Soup. I have to say some of those "national" food days/months are kind of a hoot - but they're an awful lot of fun. Thanks for your comment.

I have recently found that roast Brussels sprouts are delicious, and I can't wait to try roasting cauliflower too!

Hi CulinarilyCourtney, Roast Brussels Sprouts are one of my favorites - they're a whole new vegetable when you roast them. I think you'll enjoy roasting cauliflower, too. Thanks for taking time to comment.

I love roast cauliflower! So flavorful. I just made pizza crust out of cauliflower and it was better than I could have imagined too! www.freespiritfood.com

Hi Kelly, I agree cauliflower has great flavor. But pizza crust? Interesting idea. I'll have to check it out. Thanks for stopping by.

I make a curried cauliflower soup out of the left-over roast cauliflower. YUMMY.

Hi Elsi, isn't Curried Cauliflower Soup the best? Thanks for letting me know you enjoyed it. And thanks for your comment.

I add a touch of freshly grated nutmeg to the cauliflower with salt and pepper before roasting it. It adds a nuttiness that is subtle and makes the world of a difference!

Hi Jen, adding nutmeg is a terrific idea! I'll definitely give that a try next time I roast some cauliflower. Thanks for the suggestion, and the comment.

This is my fave way to eat it. It tastes like candy when done like this. And I'm all about the candy.

Hi Kim, it does almost taste like candy. And anyone who reads your blog certainly knows you are indeed all about the candy! Thanks for your comment.

A great way of preparing cauliflower! That is one of my favorite vegetables. It is so tasty and versatile.

Hi Rosa, isn't roast cauliflower great? I love roast anything, but cauliflower - and potatoes - are my favorite veggies to roast. Thanks for your comment.

I love cauliflower and usually always cook it with cheese. This is so much better! Simple, elegant, and delicious!!

Hi Judy, this is a fantastic way to cook cauliflower, IMO. You really taste the flavor of the cauliflower, but it's not so overwhelming that it turns off people who aren't that fond of the veggie. Thanks for the comment.