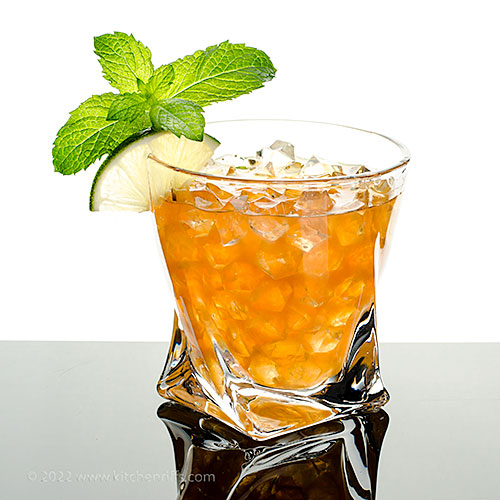 Zesty and refreshing, this Tiki drink is a delightful cooler

Polynesian-themed sippers known as “Tiki drinks” charmed much of the US (and the world) in the mid-20th century, before falling from favor. They’re staging a revival now, and why not? Many feature rum + fruit juice — one of the best cocktail combos we know.

The Ancient Mariner is a delightful example. Its rich, soothing flavor makes for a perfect afternoon sipper.

So why not beat the heat with a beach-themed treat? 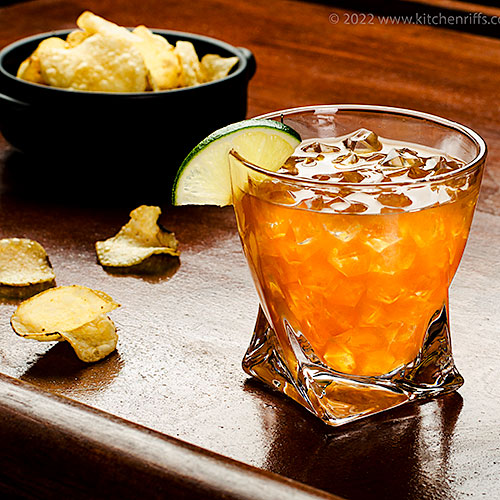 “Tiki” was a fictionalized take on the culture of the South Pacific and Oceania (with nods to the Caribbean and later Southeast Asia). It started with Don’s Beachcomber bar, which opened in 1933 in Hollywood, California (fittingly, since that was also home to the US movie industry, which has made a fortune from fantasy). Then came Trader Vic’s restaurant in Oakland, California. Donn Beach and Trader Vic (as they called themselves), plus the bartenders who worked for them, created the majority of Tiki cocktails.

The Ancient Mariner is a newer take on Tiki. It was developed in 1994 by Jeff “Beachbum” Berry, the world’s preeminent Tiki cocktail historian. He was trying to recreate Trader Vic’s version of Donn Beach’s Navy Grog Cocktail. What he instead came up with was this. Kudos.

This recipe serves 1 and takes about 5 minutes to prepare. 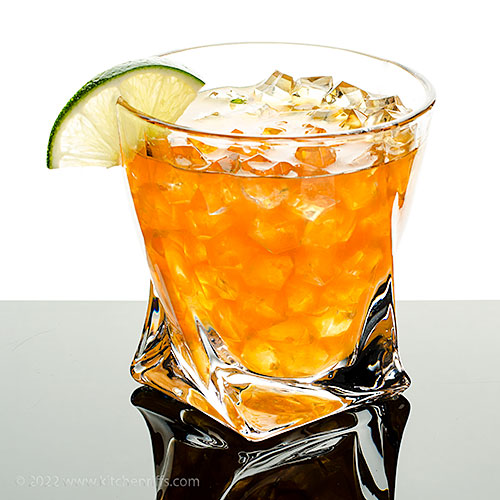 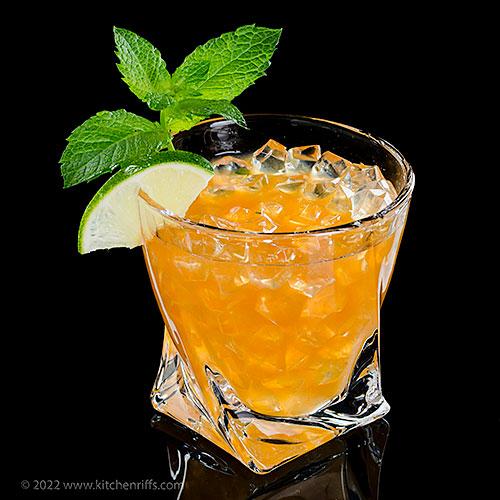 “Just quoting a line from ‘The Rime of the Ancient Mariner,’” said Mrs K R.

“Dang, wouldn’t want that hanging around my neck,” I said.

“Don’t worry, after another one of these, you won’t be able to hit anything,” said Mrs K R.

“’Four times fifty living men . . . . They dropped down one by one.’” Just another night at Tiki Town.

I think only an ancient mariner would be sturdy enough to have two of these! Looks so delightful — and I bet it goes down really smooth!

What a terrific drink to beat the heat! You took some beautiful photos too, John.

Hi David, Tiki drinks ALWAYS go down really smooth. Which can be a problem. :-) Actually, with all the ice, these take a bit of time to drink -- a good thing! Thanks for the comment.

Hi Angie, it's a great drink! Thanks for that very kind comment.

All good, though the exotic natives did’t get much respect in these last-gasp colonial fantasy emporia. Next month I’ll have a chance to try some mixed drinks … maybe I should memorize the names of some of your concoctions!

Hi Mae, Tiki "culture" is really bizarre! Rather revolting, actually, but the drinks are really good. :-) Thanks for the comment.

This looks perfect for taking outside and sitting under an umbrella on the beach.

Hi Dahn, it's a great beach or pool sipper. :-) Thanks for the comment.

Come for the history, stay for the booze. A wonderful cocktail history lesson as usual, John. And a delicious sounding drink. Every time I stop by here, I leave feeling smarter and thirstier. Thanks!

Hi Terry, that thirst thing needs to be remedied. :-) Thanks for the comment.

I love tiki drinks and probably because they do go down so smooth!

Just saw the recipe, heading out for some rum. But ABOUT THOSE GLASSES...absolutely gotta have us some of those glasses.

Hi Lizzie, those glasses are fun, aren't they? :-) Thanks for the comment.

Hey KR: Any chance you would be willing to tell me where you got them? Please????

Hi Lizzie, don't recall exactly which brand we purchased, but you can find several versions of these on Amazon. :-)

This cocktail looks outstanding - so beautiful and shiny (Like a glass filled with treasures. I know, weird analogy! Lol) Great complex flavour, too!

John, this drink has a wonderful color, a great name and it really sounds so refreshing. Sipping on one of these Ancient Mariners will be a wonderful way to take the edge off on these hot summer evenings!! Now I've got to go pick up some rum... :)

Hi Marcelle, isn't this a great drink? We love Tiki drinks! :-) Thanks for the comment.

Hi Eha, Tiki drinks usually taste delightful, but they tend to be rather strong, so caution is definitely needed. :-) Thanks for the comment.

You guys have such fun with your drinks, and that's how it should be. Haven't heard of the Rhyme of the Ancient Mariner for yonks. I love everything about this Tiki cocktail including the cool name. Must introduce this cocktail next Summer over here.

Hi Pauline, we have some more neat Tiki cocktails coming up in weeks to come. :-) Thanks for the comment.

A lovely cocktail for summertime! And it's pretty too. :-) ~Valentina

your photos make me want to dive into that drink KR. It sounds like just one will send me sprawling ... :-) Never heard of white grapefruit juice. In fact i don't think i've ever seen any sort of grapefruit juice that you can buy in a shop. Will have to squeeze a fruit come summer.:)

Hi Sherry, white (yellow) grapefruit juice is the color of the original grapefruit (I think -- need to check that). The red/ruby varieties were developed later (again, I need to check this) to be sweeter. Anyway, freshly squeezed is always better! Thanks for the comment.

It looks like a refreshing drink. Perfect for the heat.

Hi Dahn, and it's really hot today, so we need this. :-) Thanks for the comment.

I love a cocktail with grapefruit - that hint of bitterness makes it for me. But I always squeeze my own. They are so juicy it's easy.

Hi Laura, grapefruit is great! We love its bitterness, too -- which works so well in cocktails. :-) Thanks for the comment.

Since I've yet to travel by plane during the pandemic, this is the perfect way to feel like you have gotten away. Looks so refreshing!

Hi Carolyn, we haven't traveled either, so exotic drinks have to substitute for us. :-) Thanks for the comment.

I'm a real fan of rum so this sounds delicious to me. Also, it is so HOT here right now that all thet crushed ice In the cocktail looks like just what we need.

Hi Judee, unusually hot here, too. So one of this would be most welcome. :-) Thanks for the comment.

Hi John, we are cocktail drinkers at our house too I've been loving your cocktail recipes. This is another good one.

Hi Velva, so many good recipes, so little time. :-) Thanks for the comment.

This sounds like a great drink! I'll have to keep my eyes peeled for white grapefruit juice.

Hi Jeff, one of our usual supermarkets carries it, but they've been out of stock for months. We finally found some at Target! Thanks for the comment.