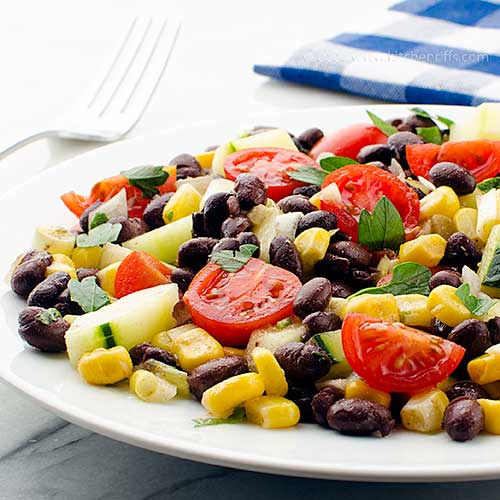 Serve this vegan delight as a starter or a main

The weather is warming up in our part of the world. So? Salad days!

This classic combo of cucumbers and tomatoes is one of our faves. We’ve added black beans and sweet corn, then infused the vinaigrette with lime, cumin, and coriander.

The result? A terrific Mexican-themed salad. You can serve this as a first course, but we prefer to make it a main. Add some crusty bread or tortillas, and you’ll be happy chompers. 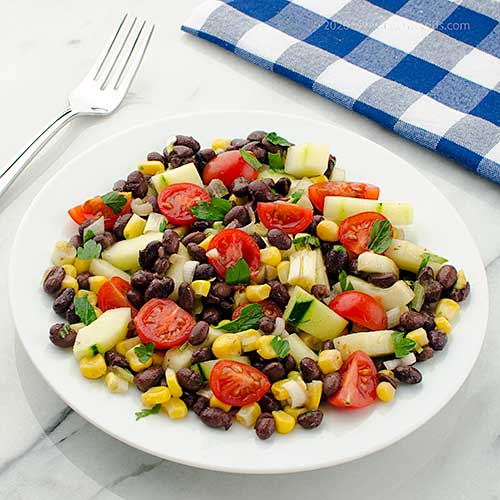 This dish is a cousin of our Tomato, Cucumber, and White Bean Salad.

It’s easy to make this salad ahead of time. You can mix the vinaigrette ahead and chill it in the refrigerator for a couple of hours. You can also prep the salad ingredients and mix them together, then refrigerate them for an hour or so before you’re ready to serve. When it’s time to eat, just mix in the vinaigrette and you’re good to go. 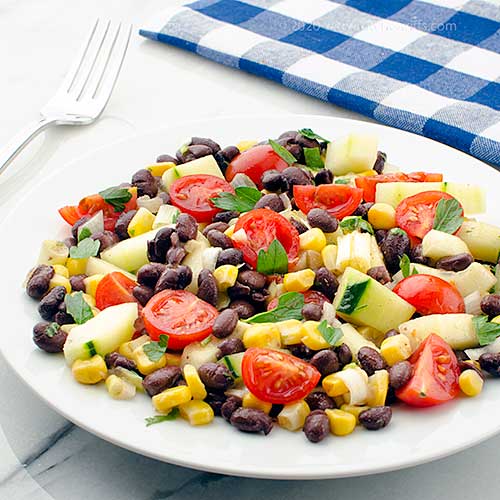 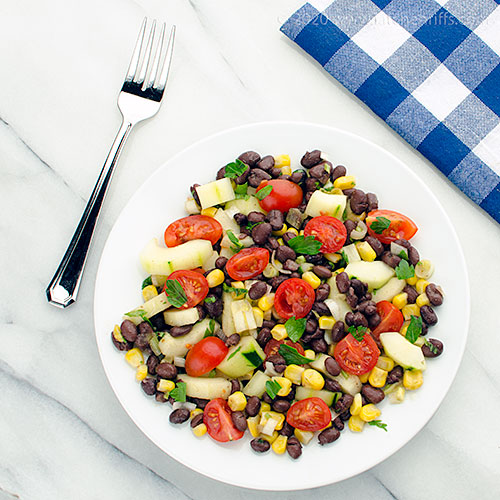 “Bean locked down so long, this looks like up to me,” said Mrs. Kitchen Riffs.

“That was pretty corny,” I said.

“I’m ridin’ high with my puns and onions,” I said. “Think I’ll call them punions.”

Sure. I’m just a rap-scallion