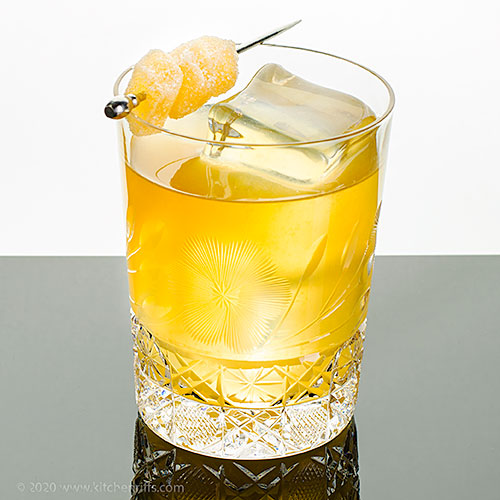 Drink to your health!

Let’s be clear upfront: Antibiotics like penicillin don’t work on viruses. So this won’t cure COVID-19.

But the Penicillin Cocktail can help ease the coronavirus blues. With its smoky, soothing flavor, this drink is attitude adjustment in a glass.

So mix up a round for your next virtual cocktail hour. It’s good for what ails us. 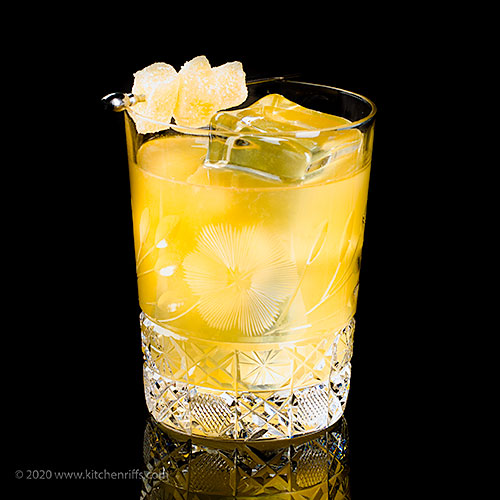 Most of the cocktails we post about are “classic” drinks, created decades ago. The passage of time has made their origins murky (or even unknowable).

But the Penicillin Cocktail is a modern drink (created in 2005), so we know much more about its history. The drink was invented by Sam Ross, who learned bartending arts in his native Australia. Ross later moved to the US, where he developed this drink.

The Penicillin is one of the few cocktails that uses scotch whisky. And not just one type of scotch: It calls for both blended scotch and a smoky single-malt scotch. These get combined with lemon, honey, and ginger, creating deep flavor. 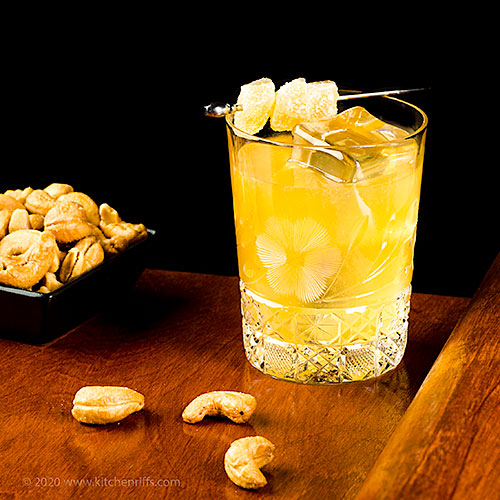 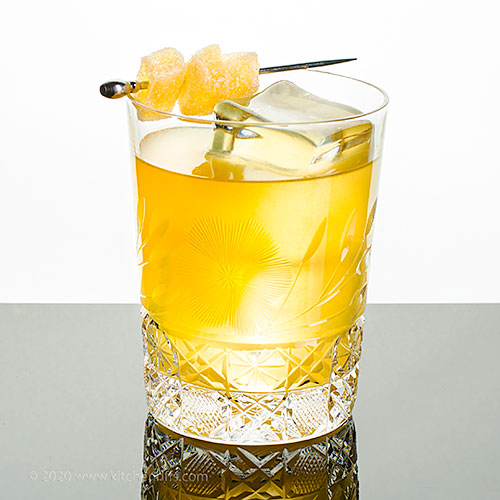 “Wow, where has this drink been all my life?” said Mrs. Kitchen Riffs. “What an interesting, complex flavor.”

“Smokin’ good stuff,” I said. “One of these makes me feel fit as a fiddle.”

“And we don’t even need a prescription for it,” said Mrs K R. “Wonder how two would feel?”

“Yup, but just one more,” said Mrs K R. “More than that would be an overdose.”