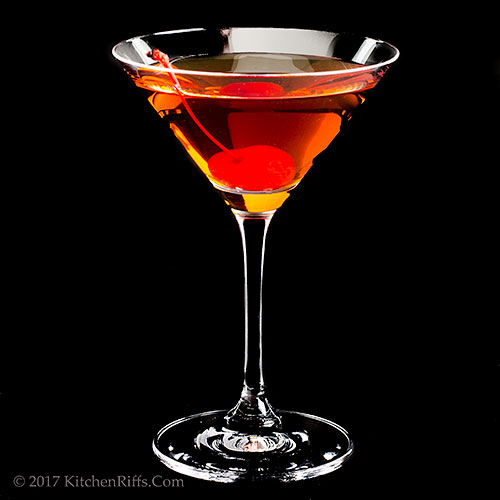 Even non-scotch drinkers will enjoy this Manhattan variant

The Rob Roy dates back to the 19th century. And it has aged well – much like its signature ingredient.

The drink probably was named after a popular operetta. Which is appropriate, because you’ll soon be singing its praises. 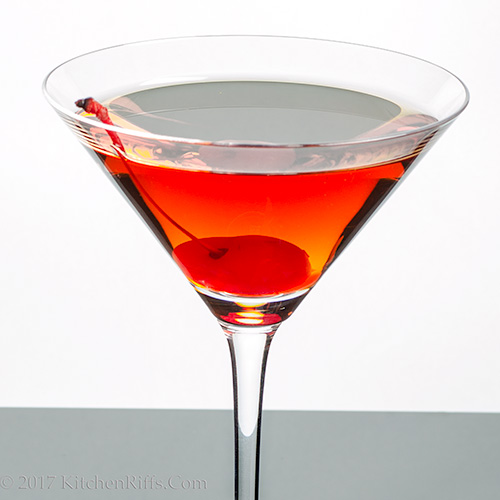 Scotch whiskey (usually spelled whisky) has a distinct flavor, one that’s often smoky and peaty. Because it tends to be sharper and more assertive than American bourbon or rye, scotch is an acquired taste for some.

With its distinct flavor profile, scotch is most often savored neat or over ice. But it does grace a few cocktails – including the one we discuss today.

As noted above, the Rob Roy is essentially a Manhattan Cocktail made with scotch. Preferably blended scotch, as we explain in the Notes. 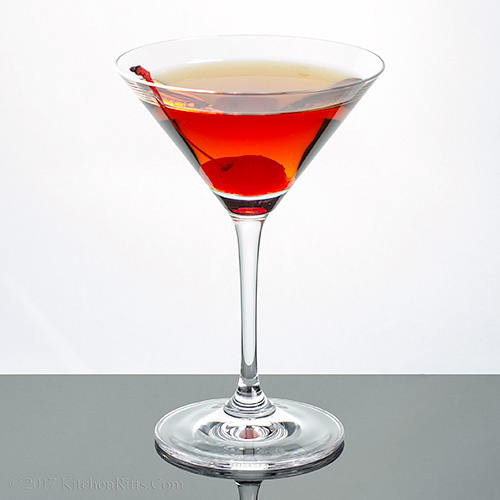 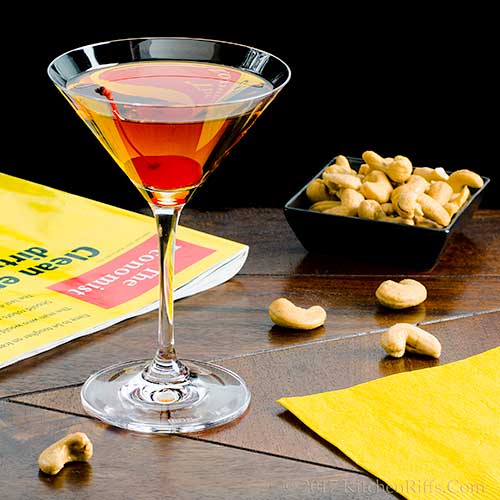 The Drink that Never Sleeps

“Who knew The Manhattan Cocktail was so prolific?” said Mrs. Kitchen Riffs. “Here we are, enjoying another of its progeny.”

“Well, New York City is notorious as a den of iniquity,” I said. “And Manhattan is its prime borough.”

“Yup, and we’ve been riffing on its cocktail namesake all year,” said Mrs K R. “In January we did The Fanciulli Cocktail, which is basically a Manhattan made with Fernet-Branca.”

“Then in February we did The Hanky Panky,” I said. “Also made with Fernet-Branca, but with gin instead of the bourbon or rye you usually find in a Manhattan. That one is essentially a sweet Martini, but its flavor is very similar to a Manhattan.”

“And of course last month we did the Blackthorn Cocktail,” said Mrs K R. “Which is basically a Manhattan made with Irish whiskey.”

“Hey, your glass looks empty,” I said. “Can I interest you in another Rob Roy?”

You may also enjoy reading about:
Manhattan Cocktail
The Fanciulli Cocktai
The Hanky Panky Cocktail
Blackthorn Cocktail Martini Cocktail
Or check out the index for more
Posted by Kitchen Riffs at 8:30 AM