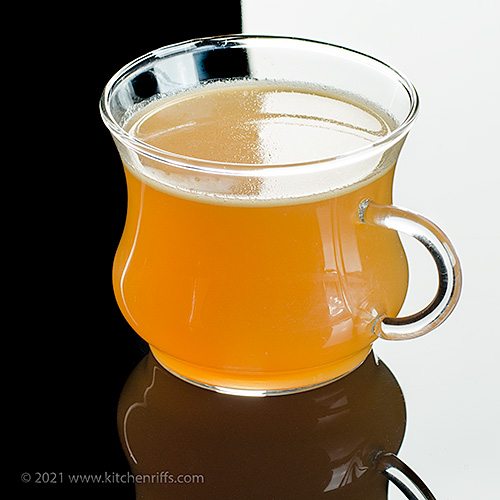 Looking to jump start the holiday cheer? Look no further than the Hot Buttered Rum, a drink that probably fortified US colonists during their war for independence (more history in the Notes).

Our version is a mix of dark rum, spicy allspice dram, sugar, boiling water – and butter, of course. Mix and serve in a heatproof mug.

It’s an elixir that will warm your heart (and maybe even redden your nose). What could be more cheery than that? 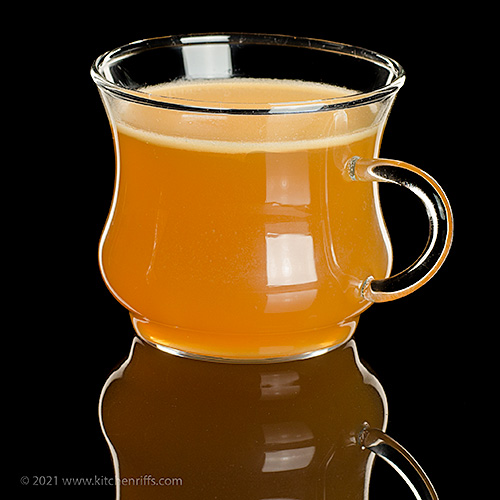 The original version of hot buttered rum was probably made by adding dark rum, water, and sugar to a sturdy mug (spices were optional). Then the mixologist would heat a poker in the fireplace and, once it was red hot, plunge the poker into the mug. When the mixture was hot and steaming, they’d add a knob of butter. Voilà! Hot Buttered Rum.

Exciting, no doubt, but a bit more trouble than we prefer. So we just heat water on the stove, then add it to the other ingredients in a heatproof mug (as we would do with a Hot Toddy).

This recipe takes 5 or so minutes to make and serves 1. 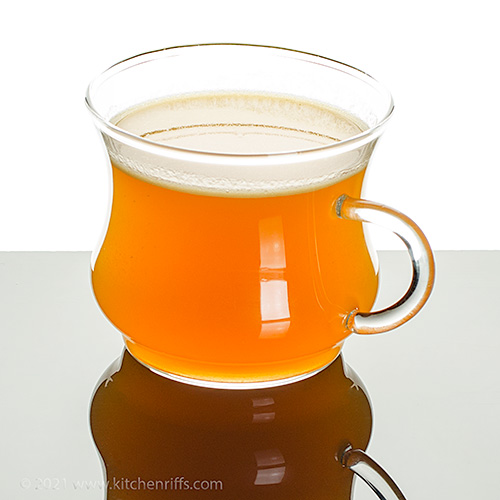 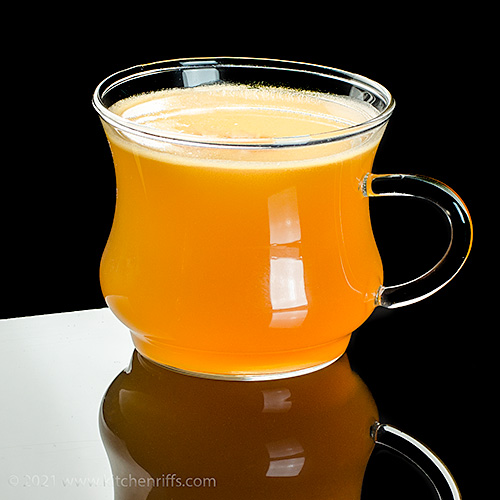 “Yum, rum,” said Mrs. Kitchen Riffs. “Makes me feel like a true child of the Americas.”

“Indeed,” I said. “The colonials liked rum – and lots of it. By around 1770, Americans were consuming 4.2 gallons of it per person every year. Which was enough for every adult male to have at least five shots a day.”

“That’s what I call the pursuit of happiness,” said Mrs K R.

“Yeah, all that rum must have warmed them up, even without adding hot water,” I said.

“As the Sons of Liberty might have said when partying at Boston Harbor, ‘Who needs tea?’” said Mrs K R.

“Of course, they had to be careful with those hot pokers,” I said.

“Yup, easy to catch your wig on fire,” said Mrs K R. “Or singe your britches.”

Those were the times that tried men’s souls. Not to mention their livers.