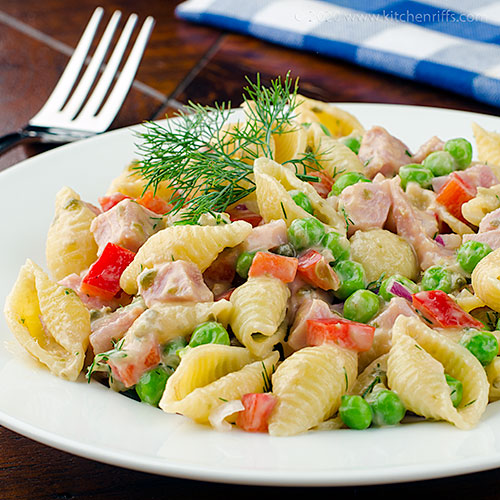 Ham and peas add scrumptiousness to this summer classic

Pasta salad is a summer staple. And why not? It’s loaded with flavor, easy to make, and generally delicious. Plus, you can prepare it ahead of time.

It’s also versatile – you can change up the ingredients or the pasta shape to make a new (yet comfortingly familiar) salad each time.

Just think of the pastabilities. 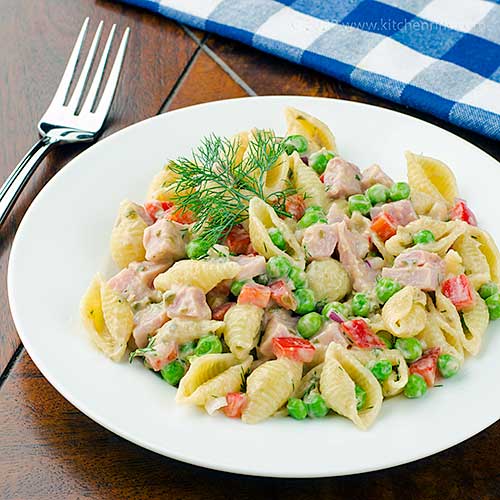 A couple of weeks ago, we made Tonnato (Tuna) Sauce and Dip. At that time, we promised to use it as an ingredient in a summer dish. Well, here’s the recipe.

Tonnato Sauce is essentially tuna mayonnaise. For this recipe, we use it to replace both the mayo and the chunks of tuna in a traditional Tuna Pasta Salad. Then we amp up the flavor by adding cubes of ham, green peas, and diced red bell pepper. So we end up with a familiar (yet entirely new) dish.

This recipe serves about 4 as a main dish, or about twice that number as a side. Leftovers keep a few days if refrigerated in an airtight container. 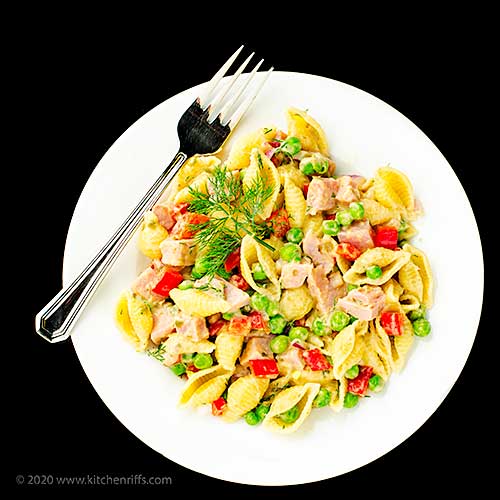 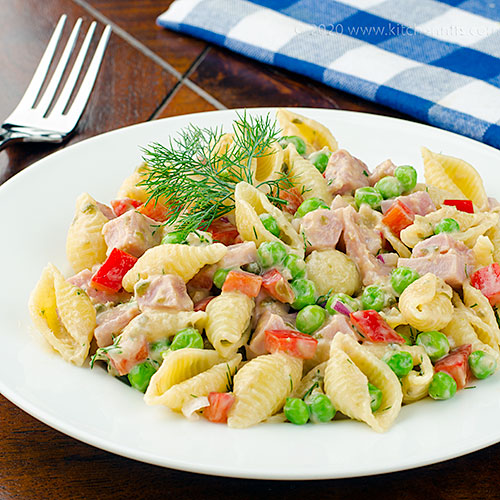 “Yummacious,” said Mrs. Kitchen Riffs. “Who knew that tuna and ham could get along so well?”

“Well, I thought it was the real dill,” I said.

OK. Better stop before things get too pre-pasta-rous.