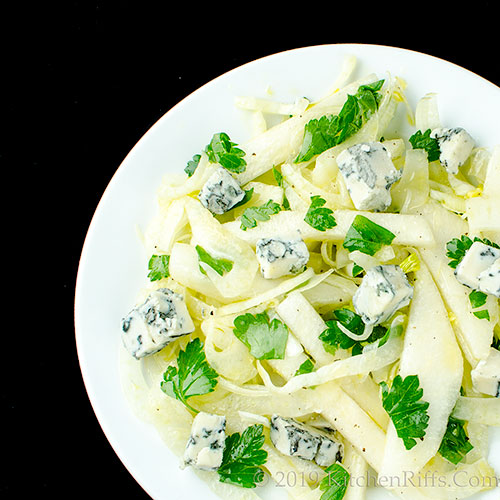 Garnish with blue cheese or Parmesan for an early springtime starter

We could be fancy and call this insalata di finocchio e pere. But it tastes just as good in English.

The subtle anise flavor of fennel plays well with the crisp sweetness of pears. Add a garnish of blue cheese (we favor Gorgonzola) or maybe Parmigiano Reggiano, and you’ve got a springtime starter that will awaken your taste buds from their long winter’s nap.

So yeah, we love finocchio (no Pinocchios). 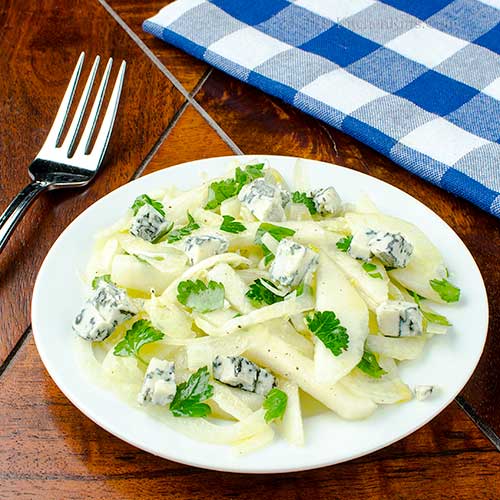 Which variety of pear to use for this salad? In the springtime, Bosc pears work well (and their firm texture is great for salads). At other times of the year, just use whatever variety is in season and looks good.

We generally prepare the fennel a few hours before serving this salad, and often mix the vinaigrette ahead of time, too. The pears, though, we peel and slice right before serving so they don’t discolor (see Notes).

Total prep and assembly time for this dish is about 15 minutes.

This recipe serves 4 as a first course. 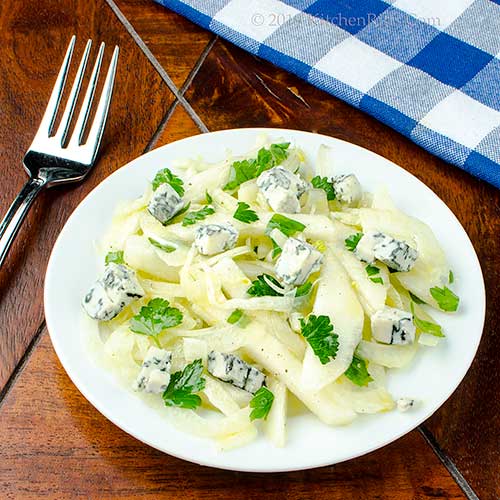 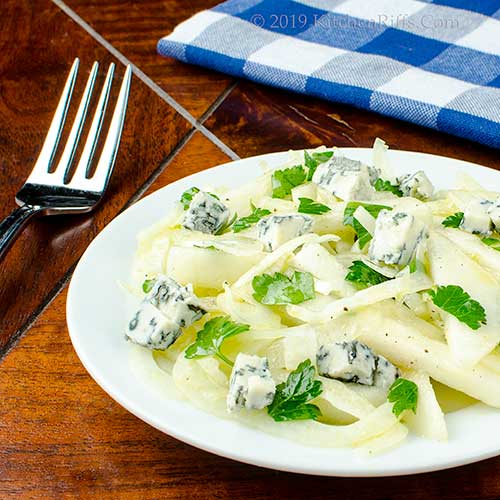 “Sounds more elegant,” said Mrs K R. “And with their looks, fennel and pear could use some chic.”

“I guess their figures are a bit bulbous,” I said.

“They won’t make me go pear shaped!” I said.

You may also enjoy reading about:
Fennel, Orange, and Arugula Salad
Shaved Fennel Salad
Italian Celery and Mushroom Salad
Spinach Salad with Parmesan
Hungarian Cucumber Salad
Pineapple, Coconut, and Carrot Salad
Or check out the index for more
Posted by Kitchen Riffs at 9:00 AM